Icebergs float like doomed islands past the small boat as it makes its way through a fjord filled with the slush of a melting glacier. Occasionally, as the warming waters dissolve the bottom of one of the icebergs, it becomes top-heavy and does a somersault, as if it were playing instead of dying.

Since 1979, the Arctic sea ice extent has declined by nearly 12% per decade, with the most pronounced winter reduction in the Svalbard and Barents Sea area.

That's not good news for Svalbard's main town, Longyearbyen. With a population of slightly more than 2,000 people, it is the northernmost town on the planet.

It is also the fastest-warming.

The ground beneath Svalbard has proven deadly elsewhere. Wieslaw Sawicki's son Michal worked as a geophysicist at the Polish Polar Research Station in Hornsund on the southern side of Svalbard. The Polish scientist and meteorologist Anna Górska died when they fell from a mountain in May.

Michal, 44, was an experienced mountaineer, scientist and explorer on his fifth stint for the institute in the Arctic. Founded in 1957, it conducts year-round research and is the northernmost permanent Polish scientific institution.

"Unfortunately, there was a huge snow cornice which looked like it was part of the peak of the mountain," says Sawicki, who was visiting Longyearbyen last month to meet with the governor of the archipelago. "It collapsed with them; they both fell into the abyss."

He talks about how Michal would send letters home to Poland describing the beauty of Svalbard.

"He would interestingly describe the changes that were happening here, how the glaciers were melting, how during each stay you could see the temperature rising and how the natural environment was changing," he adds, holding back tears.

When the dogs in the yard see Salte, they excitedly jump up, hoping to go out for a run. During the summer, with no snow on the ground, the dogs pull sleds along the bumpy gravel road on wheels, rattling past the few cars on the island.

Salte worries that as temperatures warm, climate change could lead to the extinction of all life on Earth. A man who likes kissing and dancing with his dogs – he has 110 of them – he's concerned most about the nonhumans on the planet.

"If climate change should be the end of humanity, I really don't care, but if climate change is the end of any animal species who hasn't contributed anything towards the speeding up of this process, that's why I am reacting," he says.

Gesturing with a nod toward his dogs, he says: "It's just unfair to anyone that doesn't have a say in what is happening – the dogs, seals or polar bears or birds in the sky. That's why it is unfair, and that is why we should do something."

He compares climate change to an accident that we can't help staring at, feeling lucky we weren't the victim:

"On the highway, when people slow down to look at a car crash, climate change is like that because everyone is slowing down to look at the accident but not realizing that we are actually the car crash." 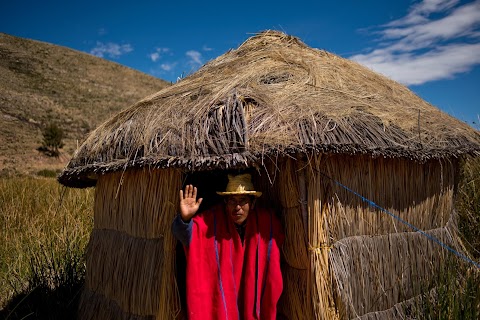 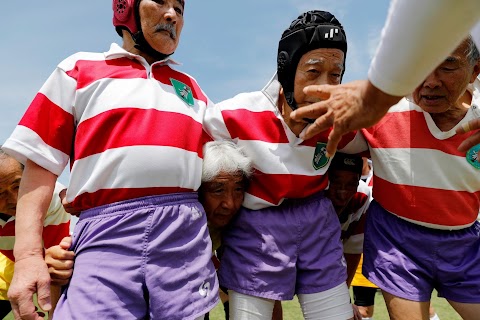