The songs they play might sound loud and raucous, but no wedding in North India is quite complete without the accompaniment of a big brass band.

The musicians, dressed in gaudy uniforms, serenade the procession in which the groom’s family dances all the way to the wedding venue, where the bride’s family waits to receive them.

"The music, loud and screechy, is something I can’t listen to everyday and is something meant only for special occasions."

Weddings there are never complete until the families of the bride and groom dance to the tune of popular Bollywood songs. Brass bands are hired to play at the wedding procession, in which the groom's family dances all the way to the wedding venue where the bride's family waits to receive them.

The procession, known as ‘Barat,’ is usually accompanied by bright lights, fireworks, loud music and dancing, and the bands play a mixture of Indian and western instruments.

The men who make up India’s brass bands are regularly seen marching through cities and towns dressed in their flashy outfits, spicing up parties. Despite their loud presence, they usually go unnoticed.

I wanted to take a closer look and find out more about them. What do they do when they’re not entertaining wedding guests? And what are their day-to-day struggles?

Brass band members’ normal routine consists of leaving their shops sometime around late afternoon. Once they reach the venue where the wedding procession will start, they often wait hours for the groom's family to gather.

One of the band members told me that, in earlier times, the hours used to stretch on endlessly but now, thanks to mobile phones and internet technology, things are different. They use their mobile phones to kill their boredom – huddling together to watch a film on the handset’s small screen, listening to songs or talking to their girlfriends.

They also use their phones to download songs and lyrics to help them practice, something they used to do with records and cassettes, which were more expensive.

At one point, I was sitting and talking with the band and I told them that I would print the photos out to show them. But one of the younger band members cut in and said I only had to give them a link and they would be able to see and share the photos on their phones. I felt so stupid!

When the band members walk around the streets or wait for a bus, their gaudy military uniforms and old-style brass instruments draw a lot of attention, especially from children.

The tunes they play may sound very scratchy, but the bands work long hours perfecting them. They practice when there are no weddings planned for the day. Since the music is so loud, they can’t practice in residential or crowded areas. So I was curious to know where they actually go and, to my surprise, I found they practice behind the bushes next to a railway track. They spent a whole day there, working on a new song.

I spoke to band members like Rajesh Kumar, 32, who saw it as a good way of making extra money alongside other petty jobs he does back home when he is not playing with the band. Kumar says he gets between 500 and 600 rupees, around $10, for every wedding where he plays, which is not really enough to survive on and support his family.

The music that the band plays is recognisable to many Indians. When I see a wedding procession, it’s strangely compelling and I’m drawn to it. But the music, loud and screechy, is something I can’t listen to everyday and is something meant only for special occasions.

I think there is a sharp contrast between the brass band players I documented and other musicians for whom playing music is almost like meditating. It’s common to find musicians performing with their eyes closed and their faces full of pride. Even in the smallest of towns, you will find satisfaction in the face of a performer for possessing the special gift of music, which many other people lack.

But I feel the same can’t be said about the wedding band I got to know. 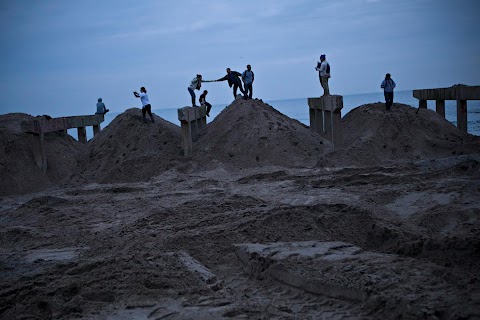 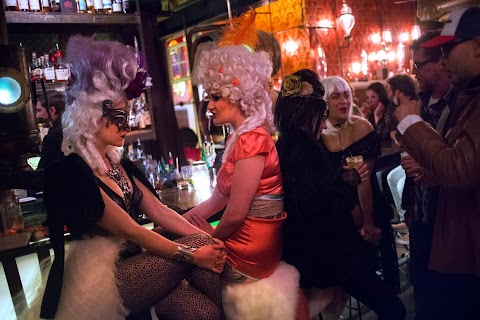