In Thailand traditional methods of gold mining still exist. Miners use primitive tools and methods to extract gold from self-run mines. A family working at this kind of mine can produce around one gram of gold per day which they sell at the site for about 1000 Thai bahts ($32).

"We call it a hard job and primitive gold digging; they call it the only life they know."

For the past 15 years Boonchu Tiengtan has been digging for gold in Panompa, a small village in Thailand’s Phichit province. His bare hands, a hammer and a shovel are his only tools.

Boonchy’s spouse sits in the shade of netting and patiently breaks rock into small stones with her little mallet. They seem to be a happy couple, laughing and joking when talking about what they do. We call it a hard job and primitive gold digging; they call it the only life they know.

With gold prices skyrocketing and investors finding safe haven in precious metal, Boonchu and his wife make $30 dollars a day. That is more than what an average rural Thai family makes in the agriculture industry or with livestock.

A small rock containing the gold will go to the mill where it is put under the pressure of water. A piece of carpet filters the waste leaving little stones with gold dust at the bottom of a plastic container.

The final phase of the process is a dangerous one; they use mercury that miraculously extracts the gold dust from the small stones. The silver metal liquid mixed with gold goes into a frying pan and the mercury evaporates into the smoke leaving lumps of pure gold on the black surface of a burnt pan.

The mercury is poisonous. It can kill people and I asked if they are aware or afraid of it. I got another smile as an answer. “All you have to do is to stay on the right side of the smoke and you’ll be fine.”

I’m not sure about that but if they say so, I’m happy. There were small children and elderly people in the gold digging community and I hoped they all knew which way the wind blows and how to avoid the dangerous smoke.

Only 20 minutes drive along a small village road and there on the right at the village center with the most delicious fried noodles in the world is the entrance to the Chatri gold mine. In sharp contrast to the community of Boonchu’s comrades, the Chatri is the most modern gold mine in the country.

It is run by Akara mining, with support from its Australian parent company, Kingsgate. It says that it could dig up to 5 tonnes of gold per month from the 192 hectares of land, previously a large rice field in Thailand’s northern Phichit province. The company expected to extract around 32 tonnes of gold and around 98 tonnes of silver from those areas.

Akara is buying the land from farmers, turning the green hilly landscape into mountains of yellow waste, but locals don’t seem to care much – the rich company pays for their land and houses and they employ their people.

The few that remained in their houses complained about the noise and dust from the mine claiming it makes their lives miserable and puts their health in danger. On the other side, the company says it does everything by law, and more than that, to make everyone happy and Phichit a better place to live.

I didn’t hear locals complaining about the danger from using mercury at primitive mines where Boonchu and his friends spend years squeezing gold out of mud and stones. They live their happy lives, happy with a gram of gold they sell at the end of their day.

Local newspapers reported that villagers have died of cancer or cancer-related diseases after using mercury. The Public Health Ministry has also warned about the dangers of using the poisonous metal. However, with gold prices surging villagers do not listen to what the officials say.

Boonchu, like many Thai men, has tattoos on his body that he believes protects him from all danger. In the age of gold fever, every form of protection is welcomed even if it’s only a belief in traditional mystical powers. 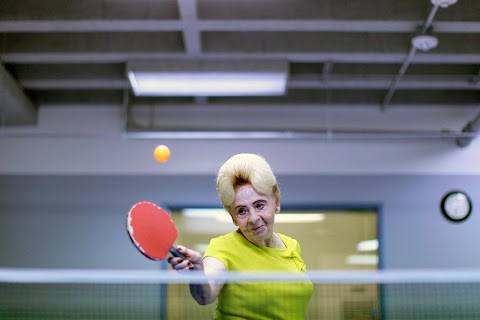 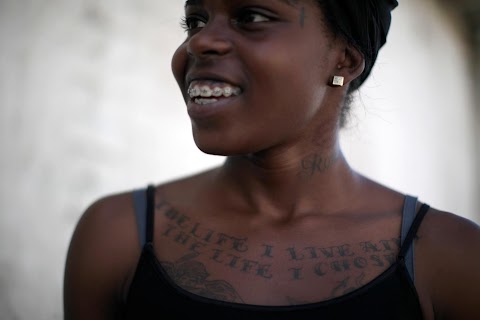