Philadelphia, the setting of the classic movie starring Cary Grant and James Stewart, recently welcomed a new character to its streets: none other than Pope Francis. Only this one is made of cardboard.

The brainchild of a “joyful band of Catholics” trawled the city’s bars to promote Catholicism and the U.S. visit of the real pope. In Love Park, a modern-day Jesus stood by his side.

“The fold-in-half pontiff would pop up here and pop up there.”

Last November Christa Scalies, 46, a small business owner and public speaker from Wilmington, Delaware, visited Rome. She attended a general audience with Pope Francis with thousands of people in Vatican City and photographed him from only a few feet away. Scalies was inspired by the papal message and by his joy.

Days after she got home, it was announced that Pope Francis would visit Philadelphia on a six-day U.S. visit.

Committed to sharing her excitement about the papal visit, Scalies and a friend, Paul Tanner, 52, also from Wilmington, resolved to translate their enthusiasm as street evangelists into an approachable, genial demonstration of their faith.

Scalies scoured the internet for the best available cardboard cut-out of Pope Francis. They named their group “Pop-Up Pope,” as they would be visiting many different sites. The fold-in-half pontiff would pop up here and pop up there.

While wandering through Philadelphia and Wilmington, the cardboard pope was often besieged by intrigued pedestrians for photo opportunities. As well as interactions on the streets, the venture encourages people to share their pop-up selfies on social media and to follow the pope’s message on Twitter.

“They’re of all walks of life, of all faiths, of all shapes and sizes,” Scalies said of the people she has met in the company of the flat-pack pope. “Hopefully we can be a little more loving and respectful of one another” by “having an exchange or a simple smile or a wave or a hug”.

On a recent Saturday morning Ralph Kilson, 54, was crossing the road when he saw the likeness of Pope Francis heading in his direction. He immediately approached, knelt down, and made the sign of the cross.

“I felt a spiritual thing, that’s why I had to come over and look,” said Kilson, a Baptist. “Pope Francis is a holy man. He’s for the people. (…) I was drawn to it, to his stature, his holiness, even if it was a piece of a cardboard.”

Later that morning the cardboard pontiff greeted homeless people arriving for a free breakfast at Westminster Presbyterian Church in Wilmington.

“Street evangelism means to bring the love of God to other people,” Tanner said. “Especially to the people who think they’ve been forgotten.”

One of their most memorable encounters came when a group of women chased after them, yelling “It’s Pop-Up Pope! It’s Pop-Up Pope!”. The women wanted to take photographs in the Cathedral Basilica of Saints Peter and Paul, where Pope Francis will have his first event in Philadelphia.

Along with 100 family members, Ralph Kilson will be in attendance on the Philadelphia Parkway for the Papal Mass on September 27, which is expected to draw 1.5 million people.

“The visit will bring a lot of healing to Philadelphia, the city of brotherly love. It’s supposed to be, but you don’t feel that much love when you go there,” Kilson said. “I think he’ll bring unity. He’ll bring love. He’ll bring hope. He’ll let us know that everything is going to be OK.” 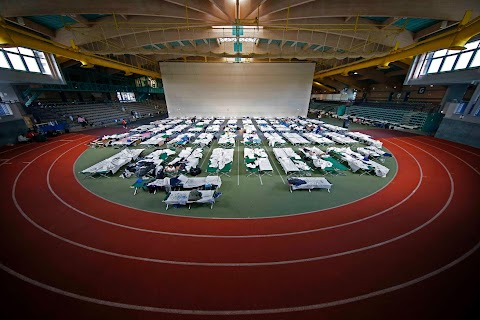 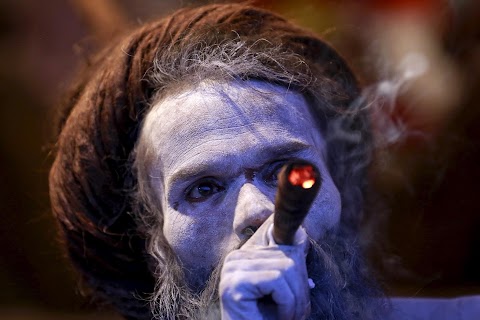