The soldiers who fought for Britain during World War One came from a huge variety of professions and backgrounds, from bankers to bakers to school leavers.

Now, a hundred years after the start of the war, members of historical societies who re-enact aspects life during the First World War also come from a wide range of occupations, but they are all brought together by their fascination with military history.

"Any soldier breaching this historical code of conduct was criticised and frowned upon."

How does one illustrate the centenary of a war that changed global history?

There is no way to truly relive or re-experience what people went through a whole century ago. The only thing I could think of was to try and draw a revealing comparison between people’s lives then and now.

I contacted a group of historical re-enactors who recreate the lives of soldiers in the Great War and attended some museum open days with them, watching as they publicly demonstrated various drills and period artefacts. But I wanted to go further than just seeing their uniforms. I wanted to show an interesting similarity between these men and the soldiers from 100 years before.

The men who served in World War One came from a vast variety of backgrounds; from bakers to bankers, salesmen to solicitors. Many of those who joined up were just school leavers. If they were fit enough and not too old, then they were sent to the front line.

I wanted to try to convey the huge range of men who served by photographing the historical re-enactors not only in uniform but also as they did their day jobs, which were also very varied.

As I went about my task, I was welcomed into the ranks of the historical, and now non-existent, regiments of “The King’s Royal Rifle Corps” and “The Queen’s Own (Royal West Kent Regiment)” as well as the lives of their officers and men.

Historical accuracy was paramount to the re-enactors, and they showed fastidious attention to detail.

Everything, including uniforms and weapons, had to be true to life 100 years ago. Cigarettes came hand-rolled from tins and tobacco was smoked in pipes. Packets, jars and boxes of period-appropriate manufacture were relabelled with slogans and branding of the time, from tins of “bully” beef (corned beef) to jars of Bovril. Plastic, polystyrene, nylon, polyester and other modern materials were banned.

Any soldier breaching this historical code of conduct was criticised and frowned upon. Some took this need for accuracy beyond the realms of comfort and elected to wear the woollen underwear of the period.

I learnt a lot over the course of this assignment. I now know the difference between a 1914 and a 1918 uniform, how to clean the barrel of a WWI rifle without damaging the muzzle, and that a “smelly” rifle is in fact a Short Magazine Lee-Enfield (S.M.L.E) rifle.

With all my new-found knowledge, I followed re-enactors onto the “battlefield”. Admittedly this was no Western Front. On three different sides were the brightly-clad, ice cream-eating, cola-drinking twenty-first century public and then there was me, with my two digital cameras, kneeling by an advert for crane hire.

Nonetheless, the 10-minute war was ferocious. The “smelly” rifles made loud cracking fire, and even louder bangs emitted from replica Lewis guns, vickers guns and mortar fire, all aided by smoking pyrotechnics.

The re-enactors fought their way down the field against enemy fire, supported by a replica tank. The battle climaxed in the defeat and capture of a German army (all four of them).

Like the men of the First World War, the re-enactors come from a variety of backgrounds and professions.

There was Richard, a carpenter, Peter, a police community support officer, Corin, a custom silicone technician and maker of prosthetic limbs, Connor and Adam, A-level students, and Lawrence, a factory landlord.

As well as a fondness for dressing-up, what unites these men is their fascination with the Great War, the weapons, the uniforms and the change that it brought to Europe and the world.

I have learnt a lot through meeting them, and would like to thank the Rifles Living History Society and the Queen's Own Royal West Kent Regiment Living History Group for allowing me to spend time with them and for educating me.

I hope that these photos have drawn a historical comparison between the ordinary men of a century ago, who were forced together to fight for their country’s freedom, and ordinary men who come together (as a somewhat smaller army) to educate others about the horrors of the war our forefathers faced. 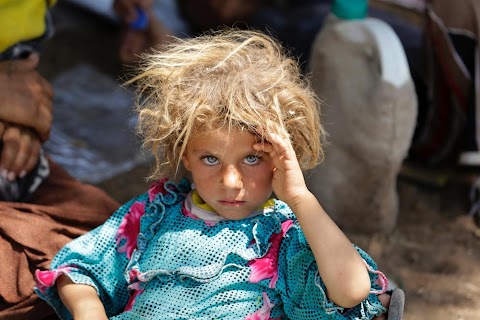 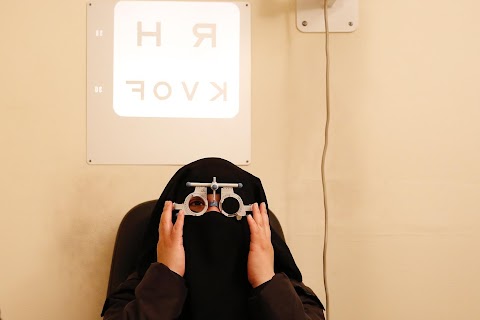 Wearing a veil in Britain