Inside the naturist community at Bare Oaks, clothing is only used for protection, whether it be from the cold or from work that might injure your body.

When you’re a photographer, every day brings the unexpected. Case in point: My assignment at the Bare Oaks Family Naturist Park.

Imagine a campground where people perform everyday tasks but without a stitch of clothing on.

Mowing the lawn, coffee with friends, dinnertime with family members, even board meetings with colleagues — at this camp, there were no exceptions to the no clothes rule.

But Bare Oaks, located about an hour north from Canada’s largest metropolis Toronto, is about more than just nudity. It’s about community and trust, self-respect and self confidence, naturalism and naturism.

Most people might be familiar with the ideas of naturism or nudism. The International Federation of Naturism defines the term as “a way of life in harmony with nature, characterized by the practice of communal nudity, with the intention of encouraging respect for oneself, respect for others and respect for the environment.”

Inside the naturist community at Bare Oaks, clothing is only used for protection, whether it be from the cold or from work that might injure your body, but most of the time you would never see a naturist in clothing unless they left the park and went into the general public.

In other words, this was not a clothing optional campground — if you are uncomfortable being nude, you will be asked to leave. It is hard to trust someone who is wearing clothing among a group of people who are willing to bare it all. Even the workers at the front desk when you arrive are naked.

I was lucky enough to be given access to this campground for several days. In that time I noticed that people embraced nature in a way that most of us just can’t.

For instance, many embraced jogging or daily hikes, relishing in the gentle breezes of the woods. Many of the park’s visitors love to swim and said repeatedly they couldn’t understand how anyone would want to wear a wet soggy bathing suit while swimming. You quickly learn that clothing is only used as a tool.

Inside the park there is a pool, a volleyball court, a restaurant called “Bare Bistro,” camping grounds for rent, a variety store, a pond to jump in, a garden and a trailer community. Some people come up for the day, some can stay for weeks, and some live there permanently.

When you walk around, you can see people tanning, reading, barbecuing, socializing, swimming, walking the dog – and just about anything else you see in any campground. There are people of all ages, about the same amount of men and women. There are a lot of couples, many families, and quite a few single people.

One thing I need to make clear: Bare Oaks is a family park, not a party zone. Like any family campground, there are children present. Open sexual acts or advances are not permitted nor tolerated and people who don’t comply are quickly removed from the park and banned.

Naturism is not about sex, nor is it narcissistic. Naturism is a place where the human body is celebrated, a juxtaposition to today’s society where being skinny or muscular is seemingly the priority and focus for many.

I was given three days of access to the park, most of which was spent following park owner Stephane Deschenes and park manager Karen Grant and her family.

The first day Stephane gave me a tour of the park, and then I got to sit in on a staff meeting. Stephane gathered his employees to discuss regular routine park maintenance and issues. At the end of the meeting, they started to role play different situations to deal with problems with the clientele that may arise. They talked about what to do about inappropriate behavior such as urinating in the bush, sexual advances, client screening, loud partying, dealing with a man with an erection or any other issue that may arise in the campground.

For those of you that are wondering, if a man finds himself with an erection, he’s told to jump in the pool or cover it up with a towel. In fact, it’s considered proper “naturist” etiquette to always carry a towel with you for sitting on a bench or restaurant.

When people were told I was doing a story on naturism, some were quick to say they did not want to be photographed. Others were not camera shy at all. Many were willing to talk to me, telling me that they have never felt so free and liberated than when they are practicing naturism.

They say its much easier to get to know someone when they have nothing to hide or cover up, and their relationships and conversations become much deeper, much less superficial, giving people who stay at the park a real sense of community.

You must be wondering if I worked nude as well. The answer is yes, I did. Though I was uncertain at first, it took me about 30 seconds to feel completely comfortable. I knew that people would have a hard time trusting me taking photographs of them if I had been covered up. It’s fair to say it was a life experience I’ll never forget. 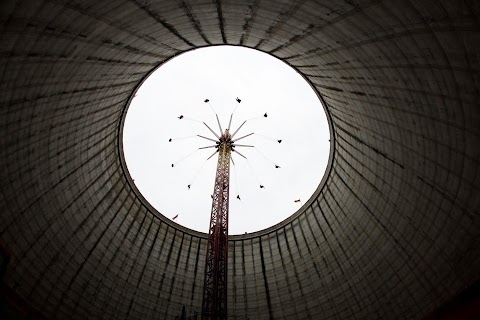 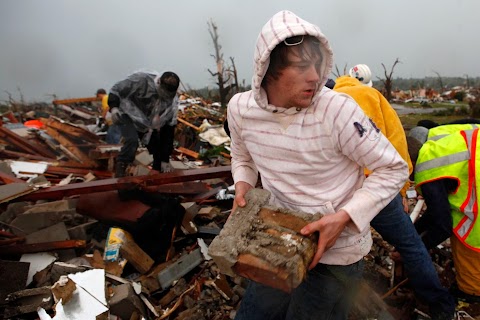