For survivors and relatives of victims of a landslide that struck with the force of half an atom bomb it is a time to grieve. For witnesses to a fatal avalanche at the Mount Everest base camp, it is time to climb again.

A year after the worst earthquake in Nepal's history struck, at four minutes to midday on April 25 last year, the Himalayan nation is remembering the 9,000 victims of the 7.8 magnitude quake and a second tremor 17 days later.

Before: Temporary makeshift shelters are seen after an earthquake.
After: The same location is seen a year later.

Among those returning a year later are adventurers like Australian photographer Athena Zelandonii, who is trekking again to attend a ceremony of remembrance on April 25 in Langtang village, obliterated by a huge rockfall that took the lives of 285 locals and foreigners.

They will be remembered at the memorial event where, starting at 11:56 a.m., the name of each victim will be read out.

"There was no question of not coming back," Zelandonii, 26, said in the capital Kathmandu.

Part of a group of people who searched for loved ones or themselves lived through the disaster, Zelandonii survived an avalanche on the mountain slopes above Langtang, but was stranded for days by the rockfall.

Before: People rescue trapped victims inside a temple in Bashantapur Durbar Square.
After: The same location is seen a year later.

Still missing in the Langtang area is American Dawn Habash, a 57-year-old yoga instructor from Augusta, Maine, who was trekking in Nepal for the fourth time.

Son Khaled and daughter Yasmine worked shifts to try and find out about their mother after the earthquake - all they could find out was that she was last seen walking downhill toward Langtang just before the earthquake.

Both of them and Dawn's brother Randy are in Nepal for the anniversary, and hope that at least her body can be found.

"Because we need that closure," said Khaled. "Sometimes I still get these lightning-bolt thoughts – what if? And that’s not healthy."

Of 181 foreigners who died in the earthquake or are still missing, 63 were in Langtang.

Before: People carry the body of a victim on a stretcher.
After: Vendors sell flowers at the same location a year later.

Villager Kartok Lama, 30, said locals had already marked the anniversary of the quake by the Tibetan calendar that they follow. They said prayers in a hut because Langtang's two gompas, or Buddhist temples, had been destroyed.

"Almost everyone from the village is back; people are rebuilding homes and hotels, and there is work going on in the fields," she said. "We want the tourists to come back."

Before: People walk along a deserted road near a collapsed house.
After: The same location is seen a year later.

Langtang memorial will be preceded by national commemorations on the quake anniversary by the Nepali calendar - at the site of Kathmandu's historic Dharahara Tower that collapsed. There will be a candlelit vigil that night and three days of national mourning.

Before: A man walks along a street near a collapsed house.
After: The same location a year later.

Climbers have been slow to return. The number getting permission to scale the world's tallest peak, Mount Everest, in the spring fair-weather window is down to 289 from last year's 357.

No one reached the 8,850 metre (29,035 ft) summit last year after an avalanche set off by the earthquake tore through Base Camp, killing at least 18 and abruptly ending the 2015 climbing season.

The disaster, and a fatal avalanche the year before on the Khumbu Icefall approach from the Nepali side of the mountain, has led some climbing firms to reconsider whether the risks are worth fees of $50,000 or more that clients pay to summit Everest.

Before: People work past damaged buildings.
After: The same location is seen a year later.

One climber at Base Camp a year ago, Adrian Ballinger, is leading a small party to attempt Everest's northern route from Chinese Tibet. He says it is less dangerous.

"It's a beautiful place, but a terrifying place," the American said of Nepal. A dry winter and global warming has made the icefall more treacherous than ever, added Ballinger, whose expedition company Alpenglow has suffered no Everest fatalities.

Ang Tshering Sherpa, president of the Nepal Mountaineering Association, disagreed, saying that an elite team called the Icefall Doctors had already secured the route. "The condition of the icefall now is like it was before the earthquake," he said. 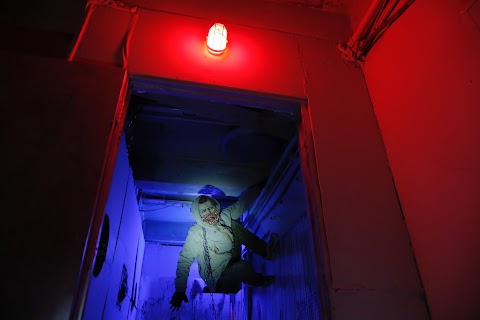 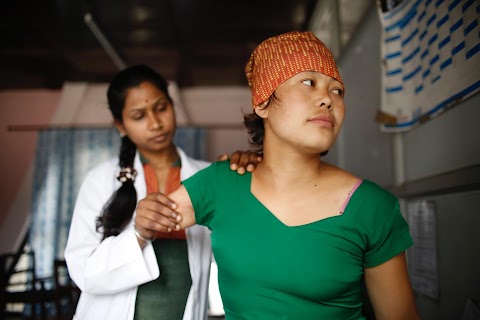