Ma Jam, a 42 year-old AIDS patient hold hands with two-year-old HIV-positive child Kanama at an HIV/AIDS hospice founded by a member of the National League for Democracy party.

The hospice is home to 182 HIV patients, whose plight demonstrates the painful limits of Myanmar's new democracy.

In Myanmar, stigma and neglect add to HIV misery

The mother and child who touch hands in an overcrowded Yangon hospice are not family, but their tragic history begins in the blood.

Jam, 42, a mother of six, and Kanama, aged 2, are both HIV positive. Abandoned by their families, they must now find comfort in each other, although Jam still yearns for her husband to return to the private HIV hospice in the suburbs of Myanmar's biggest city.

"He promised to come back but I'm afraid he never will," said the woman as she burst into tears. She is known in the hospice by her nickname, Jam.

The hospice is home to 182 HIV patients, whose plight demonstrates the painful limits of Myanmar's new democracy. A reform-minded government has vowed to overhaul a decrepit health system, but little change is likely for HIV/AIDS sufferers, who thanks to social stigma and medical neglect, are shut off in hospices that bring to mind leper colonies.

In 2009, the United Nations estimated 240,000 of Myanmar's 60 million people were infected with HIV and about 18,000 were dying a year. Neighboring Thailand, with a slightly bigger population, has more than twice the number of people with HIV but access to drugs and greater public acceptance mean that many can lead normal lives.

Jam once lived in Kadon, a fishing village in the impoverished Irrawaddy Delta, with her farmer husband and their six children. In 2008, feeling unwell, she was treated by a self-styled medic, who injected her with a drug.

The needle was dirty and had been used repeatedly. She was probably now HIV positive, although she didn't suspect it, and her personal tragedy was soon subsumed by a national one: Cyclone Nargis.

The typhoon slammed into the delta in May that year, killing at least 138,000 people, including Jam's sons, aged 17 and 18. She narrowly escaped, clutching her youngest child, who is six. Nargis wiped her village off the map.

Jam and thousands of other survivors struggled to rebuild their lives. Another four years passed before she fell ill again, this time more gravely, and a hospital referred her to the Yangon hospice. Tests confirmed she had AIDS.

That was two months ago. Jam is mostly alone now. Apart from her six-year-old, her children shun her. Her husband, who is not HIV positive, returned to the farm.

Five or six people from her village were also treated by the same medic and exhibit the same symptoms and weakness, says Jam, but they refuse to be tested for HIV.

Her neighbors would allow her to return to the village, she says. "But they will not talk to me, because they know my illness is dangerous."

Not that Jam is going anywhere. Weak and skeletal, she can barely walk or talk. She doesn't eat and is responding poorly to the drugs the hospice gives her.

Her only solace is Kanama, who was brought to the hospice by her father in 2011. He and Kanama's mother have both since died of AIDS. While her siblings, who are not HIV positive, stay with their grandparents, Kanama is mostly looked after by Thein Htay, 73, who has been a volunteer at the shelter for three years.

The children get better care and more sympathy here, he says, although not always from the shelter's neighbors.

"They were scared at the beginning and were avoiding people from the centre," says Thein Htay. "But we explained them what is HIV and how it works. Now, most are much more relaxed - but not all."

The hospice is basic, its bamboo walls decorated with pictures of pro-democracy leader Aung San Suu Kyi. Doctors pays visits, but patients cook and clean for themselves, helped by volunteers.

Volunteer Thein Htay expects little help from the government, even that of a reforming President Thein Sein.

"It does not matter what I expect, they will do nothing. So, I don't expect anything. Just to let us alone, not to disturb us. Things will change only when NLD becomes the government."

The NLD, or National League for Democracy, won historic by-elections in April by a landslide, sweeping its leader, Suu Kyi, and 42 other members into parliament.

One of the new MPs is Phyu Phyu Thin, the HIV activist who founded the hospice in 2002.

The government threatened to close the centre in 2010 after Health Ministry officials warned of "the possible spread of infectious disease from the patients", reported the state-run New Light of Myanmar newspaper.

But the centre, which Suu Kyi visited after her release from house arrest in 2010, remains open. A sister hospice nearby is home to another 82 HIV patients.

Phyu Phyu Thin called for the government to increase its health and education budgets to buy more HIV drugs and fight the stigma attached to the disease. "The two most important things are sufficient drugs and health education," she told Reuters.

Jam's story of rejection is shockingly common, she says, recalling an HIV sufferer who was left to starve by villagers, then possibly cremated while in a coma. "HIV patients are often left alone and abandoned by the family," she says.

Doctors Without Borders, a medical aid group, says some 85,000 HIV-infected people in Myanmar are not getting treatment because of a lack of funding, despite an increase in international engagement with the government.

Health workers accused Myanmar's former military rulers of largely ignoring the disease when it began to spread in the 1990s, particularly among sex workers and drug users.

Some groups predict the situation will only worsen despite more attention on AIDS and the country's nascent democracy.

The Global Fund to Fight AIDS, Tuberculosis and Malaria, is cutting funding worldwide because of a lack of donations, jeopardizing a plan to provide HIV drugs to 46,500 people in Myanmar.

"Actually, nothing has changed. The situation has even declined," she said, adding that the number of patients in the hospice doubled between 2010 and 2011. 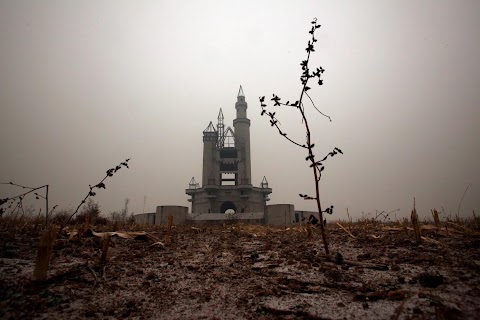 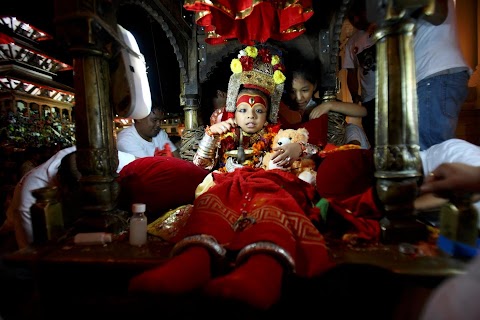