When casino owner Kang Qiang (pictured below) looks out the window of his 20th floor office in this city on the remote Cambodian coast, he sees construction cranes sitting idle.

The Chinese-funded gambling enclave of Sihanoukville has suffered a double blow. Travel restrictions imposed in recent weeks to slow the global coronavirus pandemic have deepened the effects of a ban last year on lucrative online gambling.

Before: A Cambodian worker stands on a construction site in Chinatown in 2019.
After: The same location in 2020.

As Chinese money has swept across Southeast Asia, Cambodia has become one of the most visible examples of the investment, with authoritarian Prime Minister Hun Sen doing all he can to strengthen ties to Beijing.

In Sihanoukville, most of the money has been private, and the biggest share has gone into some 70 casinos - all of which are being ordered to shut from April 1 as a temporary measure to help slow the spread of coronavirus.

Before: A group of Chinese men enjoy an afternoon on Ochheuteal beach in 2019.
After: The same beach is empty in the afternoon in 2020.

"The growth was just phenomenal, too fast!" says Transport Minister Sun Chanthol. "Now things are slowing down so it's a good opportunity for us to catch up."

The expatriates' confidence is buoyed by China's apparent success in fighting the coronavirus pandemic. As cases skyrocket elsewhere in the world, zero local transmissions have been reported on some days in China, where the virus originated.

"They got it under control," says Bob Zhao, an earnest 28-year-old from Shandong who came to Sihanoukville seeking his fortune and found it as a sales consultant for a Chinese property developer.

"In China there are so many competitors. They've been to good schools, have good social experience. They are better than you. And the pay is low," he says. "The opportunity here is better."

Before: Construction workers move cement blocks in Chinatown in 2019.
After: New buildings stand in the same location in 2020.

Casino manager Yin has been making "at least double" what he would in China by working in Sihanoukville, but he acknowledges the flood of Chinese money has led to surging prices and the growing piles of rubbish.

Still, he says the Chinese money has sparked the economy in what he sees as a forgotten country.

Kang, the casino owner, is from Guangzhou, one of China's biggest and most-developed cities. But he is convinced his future is on the dusty streets of Sihanoukville despite his casino losing money since November. 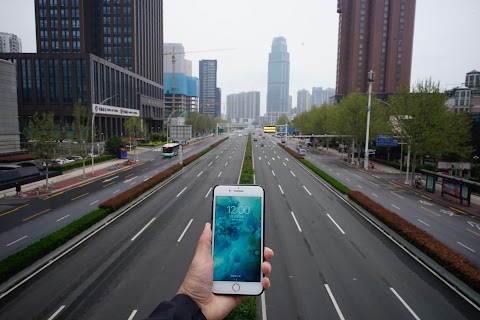 High noon in a coronavirus-stricken world 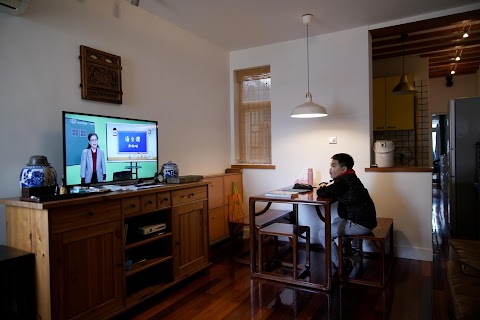 From schools in Shanghai to picnics in Caracas: How coronavirus is moving global life online