Men sit on a beach in front of a building destroyed during a flight between al Shabaab militants against African Union and Somali Government forces.

Hardline al Shabaab Islamists linked to al Qaeda have waged a five-year insurgency against the fragile Western-backed government and control most of the capital, Mogadishu. Here are some details about Mogadishu, also Somalia's largest city and chief seaport:

Persian and Arab traders founded Mogadishu in the 10th century and intermarried with the local population. One of the earliest Arab settlements on the East African coast, the city was a leading commercial port by the 13th century.

Mogadishu became capital of an independent Somalia in 1960.

During the 1980s and 1990s, civil war in Somalia caused widespread destruction in the city. In December 1992, the United States sent 28,000 troops to Somalia leading "Operation Restore Hope," a United Nations effort to quell the war.

In an infamous incident, 18 U.S. Army Rangers and one Malaysian were killed when Somali militias shot down two U.S. helicopters in Mogadishu, leading to heavy fighting in the capital that killed hundreds of Somalis. The battle was depicted in a book and a film titled "Black Hawk Down." The U.S. mission ended in March 1994.

Mogadishu has remained the scene of fierce fighting among warring clans as repeated attempts to form a lasting government have failed.

Islamist militias gained control of Mogadishu in 2006, hailed by some for restoring order and criticized by others for the harshness of their harsh rule. At the end of 2006, the Islamist forces fled Mogadishu as a joint Ethiopian and Somali government force captured the city.

Ethiopian forces withdrew in 2009, and the Islamists have again expanded their reach. The government now controls just a few blocks of the city.

Despite 19 years of anarchy, some businesses have thrived and mobile phone networks provide a crucial, cheap lifeline for Somalis to stay in touch.

Money transfer firms are another backbone of the economy as remittances from the large Somali diaspora, estimated at around $1 billion a year, keep many Somali families alive.

Swimming off Mogadishu, a sense of hope

The turquoise waters of the Indian Ocean were too much to resist. I jumped out of my clothes, hopped over the crumbling sea wall and waded out into the frothing waves.

After all, it is not every day you get to swim off Mogadishu, Somalia's ruined capital more commonly associated with feuding warlords, Islamist militants and kidnappings.

For Mogadishu residents who now swarm to the Lido in their thousands on a Friday, a day at the beach brings a sense of newfound liberation after al Qaeda-linked rebels were forced out the city in August last year.

It is a reminder of pre-war days when the city's white-washed colonial waterfront and balmy climate led some to call it the 'Athens of Africa'.

For Dahir Malin, who was only three when Somalia plunged into civil war in 1991, an afternoon playing volleyball on the fine white sand brought hope the city's turbulent history was in the past.

It was a buzz to dive through the surf off a city where Western journalists have for years had to move around with armed guards, clad in body armor and unable to stay safely in any one location for more than a handful of minutes.

Never mind the lingering risk of suicide bombers, my bureau chief had other concerns when I spoke to him afterwards.

"What about the sharks?" he said.

The seas off Mogadishu used to be infested with killers who dined off offal from the city's butcheries, but the predators are now a prized catch for local fishermen and foreign fleets feeding Asia's appetite for fin soup.

Behind the sea wall, women brewed sweet tea and sold chilled soft drinks out of makeshift coolboxes. Nearby, garishly colored murals of hamburgers and bottles of soda announced the imminent opening of the 'Safaari Caffe', one of several beach bars springing up.

Could Mogadishu really still count itself among the most dangerous cities in the world, I wondered? A single crack of gunfire dealt me a reality check.

I looked towards my security advisor, suddenly feeling rather exposed.

"Most likely just police at a checkpoint," he said.

"From the sound that round made, it barely left the barrel," he said, in reference to the old ammunition still in use.

The gun still talks loudest in Mogadishu. Heated arguments with automatic rifles pointed at chests flare up out of nowhere.

It is not a place to get complacent.

The beachfront villas that line the Lido, where glamorous couples used to ride vespa scooters down palm-fringed boulevards and diplomats feasted on lobster, are now rubble-strewn shells.

Warring clan warlords plunged the country into anarchy before Islamist al Shabaab militants entered the fray. Much of Mogadishu's splendor vanished under a two-decade storm of bullets and mortar shells.

Overlooking the old port are the blown-out remains of the Aruba hotel, one of Mogadishu's most iconic buildings that is now a base for scores of African peacekeepers.

We waved to signal our presence to machine-gunners stationed behind sandbags in the mortar-blasted arched windows.

The reality is that without the 16,000-strong force, the insurgents who still control large chunks of central and southern Somalia would likely run riot again in Mogadishu.

For now, the coastal city has been given half a chance.

The chink-chink of hammers on construction sites mushrooming across the capital has replaced the rat-a-tat-tat of daily gun battles. The capital boasts a new sports bar serving fresh fruit juices and billboards advertise long-distance learning courses.

In the shadow of an Italian-built tower that once guarded the old harbor, boat builder Shairf Mohamud told me business was brisk.

"Every week we now build two or three new fishing boats," the 50-year-old said, drawing heavily on a cigarette, his face covered in flecks of fiberglass.

"Each boat sells for $1,400. I make a $150 profit on each," said Mohamud, who has doubled his workforce to four men to cope with demand since al Shabaab retreated.

As if rubbing salt in al Shabaab's wounds, Younis Ali, a young sufi militia fighter now integrated into the government forces, enjoyed a day off from the frontline on the northern outskirts of the city.

"We fought for this, we spilled our blood to give people this freedom," said Ali, scanning the crowds frolicking in the water.

"What we are fighting for is for everyone else to enjoy the same kind of peace." 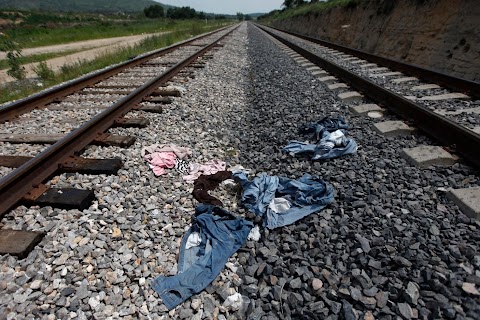 No shelter for migrants 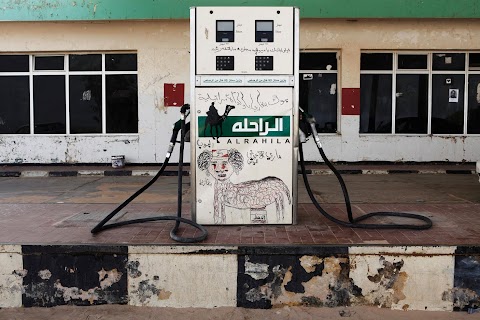 On the rebel road