Delegates at both the Republican and the Democratic conventions sported outrageous outfits - but the views from their respective gatherings were a study in contrast.

A man wearing an orange jumpsuit and Hillary Clinton mask told Reuters he had been asked to take pictures standing next to “hundreds” of convention-goers, while “lock her up” - a cry to imprison Democratic candidate Hillary Clinton - became the crowd’s go-to chant.

A woman wearing a red cape with “TRUMP” spelled out in twinkle lights happily posed for the dozens of passersby requesting photos.

The few remaining, weary Ted Cruz supporters found a rallying cry in the former Republican presidential candidate’s refusal to endorse Trump, a moment of party discord that prompted security to escort Heidi Cruz out of the convention hall and away from irate, yelling Trump supporters.

At this week's Democratic National Convention in Philadelphia, erstwhile candidate Bernie Sanders worked to build a bridge over troubled waters (yes, Paul Simon performed the song of that name). At the end of a roll call of state delegations, he called for Clinton to be nominated by voice vote - a show of support and a bid for unity after a bitter primary campaign. 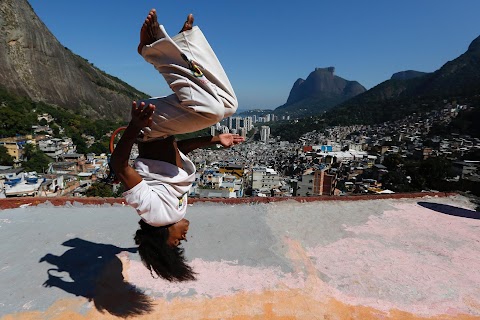 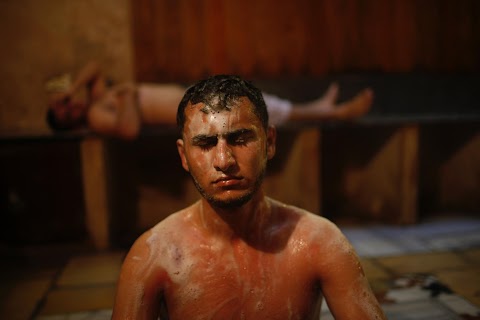 Rest and recreation in Gaza City