The scene had an almost Biblical feeling to it: thousands of people, braving cold, rough waters, just to make their way to what they believe will be a better life for them and their families.

Beforehand rumours were going through the migrants’ camp near the village of Idomeni in Greece that migrants would hold a protest at noon. A group of about 200 migrants, wearing backpacks, started walking towards a Greek village near the border with Macedonia. Some of them made it clear they planned to try to cross the border into Macedonia.

The group walked alongside the fence, which ended after a while. It was rough terrain and the people followed a path through the forest, still in the same direction as where the fence had been. Then we reached another, smaller river near a village.

Suddenly a group of armed Macedonian soldiers arrived and started circling the migrants I was following. I decided I had no choice but to go further down the road, where the Macedonian army and police had already prevented the first migrants from going any further. The army and police managed to extract members of the media and volunteers from the group.

Along with other photographers, text journalists and TV cameramen from Germany, Britain, Greece, Macedonia and Bulgaria, I was taken a few blocks from the scene. A Macedonian police officer told us we had crossed illegally into Macedonia and we were to be detained at Gevgelija police station. He was polite enough to accept our explanation that there was no visible sign that we were entering another country.

All of us were trying to explain the same thing: that we had no idea we had crossed the border already.

I spent about 10 hours in the police station, where we had to sign documents and pay a fine for crossing the border. The group increased to around 70 journalists and volunteers. We were not treated badly but had to wait in the corridors in our wet clothes. I've been ordered to leave the country within 24 hours.

I have documented migrants travelling along the so-called Balkan route for more than two years, including clashes on the Serbian-Hungarian border. Never have I witnessed scenes like this before - something so spontaneously organised that happened within hours.

Sitting in those corridors, I had plenty of time to think about what I had seen. The atmosphere was pretty tense as migrants crossed the river. Parents carrying their children on their shoulders, elderly people and women helped by fellow migrants and volunteers. It was an image that I will never forget. 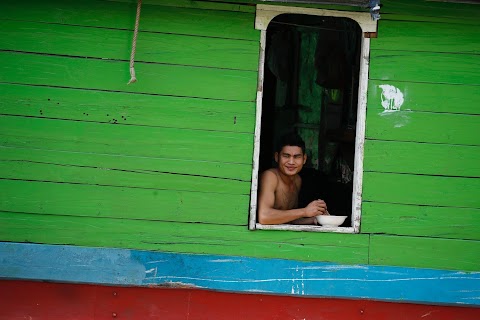 Taking on the Golden Triangle's narco-empire 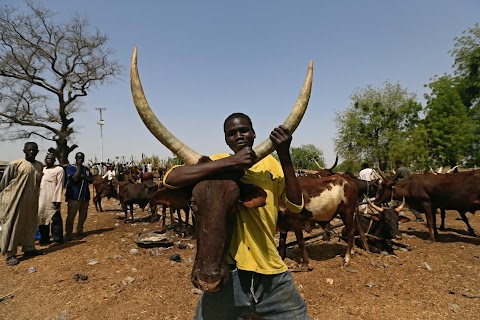