On a Tuesday in January, four years after American authorities pried Maria Hernandez away from her daughters and deported her back to Honduras, she returned to the United States - this time with the blessing of the U.S. government.

At the Los Angeles International Airport, Nicole, now 7, greeted her mother with a single red rose. Michelle, nearly a teenager, hung back with a bouquet of roses and sunflowers. When Hernandez turned towards her, Michelle rushed into her embrace, sobbing.

"I was far away but always thinking of you," Hernandez whispered to her daughters.

The Trump administration contended that allowing families to be released together in the United States while they applied for asylum only encouraged illegal immigration. In response, the administration sought to prosecute and deport parents like Hernandez and place their children in U.S. custody as "unaccompanied minors."

But traumatic family separations, which began in 2017 before any official announcement, were captured in the media worldwide and caused international outcry. Trump, a Republican, reversed course with an executive order ending the practice in June 2018.

Jeff Sessions, an attorney general under Trump and the force behind "zero tolerance," defended the strategy in an interview with Reuters last March, saying a person crossing the border illegally with a child "shouldn't be given immunity." However, he expressed regret for the separations.

"All the problems, I kept it to myself because it's weird telling a teacher or a friend or somebody, because maybe they will not understand you or they will just feel bad about you," she said after spending her first day with her mother.

Speaking in fluent English, Michelle said she tried to be strong for kid sister Nicole who became sad when she saw other schoolchildren with their mothers.

"The past is the past," she added. "Now that my mom is here, I want to make new memories." 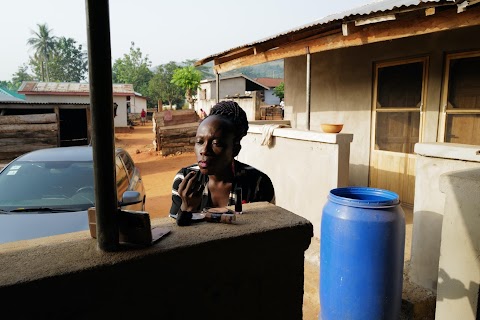 On a frozen pond far from the Olympics, meet China's ice hockey veterans