Dylan Martinez: "The crowd parted right in front of me. I was in the right place at the right time, and incredibly lucky from that point of view. A Black protester emerged from the melee, walking briskly towards me, carrying a white man with injuries to his face in a fireman’s lift over his shoulder.

The anti-racism protests in London that Saturday had been fluid and unpredictable. After witnessing sporadic, minor clashes between demonstrators and police in Trafalgar Square, I switched attention to nearby Waterloo Bridge, where several hundred anti-racism protesters had gathered.

They took over the whole of the bridge. There was a traffic jam going from south to north, but the vibe was good – cars were honking and people were celebrating. The mood quickly turned ugly when they encountered a group of counter-protesters and clashes broke out.

I saw a skirmish and someone falling to the ground before the two men appeared through the crowd. Some people shouted out that the assault victim was a member of the far-right. Reuters journalists at the scene said he had been beaten in a skirmish with anti-racism protesters.

This picture went viral on social media and was featured in news bulletins. Patrick Hutchinson has been hailed a hero for carrying the injured man to safety during the scuffle.

‘It was the right thing to do,’ he told Reuters later. ‘We didn't want the narrative changed and the focus taken away from what we are all fighting for, and that's true equality.'"

Eloisa Lopez: "The moment I saw Filipino activist Reina Mae Nasino step out at the burial site of her three-month-old baby River, my eyes locked onto her hands. She was handcuffed, in a full personal protective suit, and surrounded by armed prison guards. Her relatives and lawyers repeatedly pleaded for her to be uncuffed—even for just a minute—to give her a chance to hold her baby for the last time, but the authorities refused.

It was heartbreaking to witness Nasino sob silently in front of a tiny white coffin, caressing the top of it with her cuffed hands, as her sister played lullabies on a cellphone. This photograph of Nasino holding a white flower was taken during her last moments with her baby, as loved ones threw flowers into the grave before the tomb was covered in cement.

It’s a simple image and doesn’t show any of the chaos I witnessed that day, but I think it demonstrates who Nasino was in that moment. Putting all the politics aside, she was just a mother mourning her child, in a universal feeling that anyone could sympathise with."

For part one of A Picture and its Story 2020 click here. 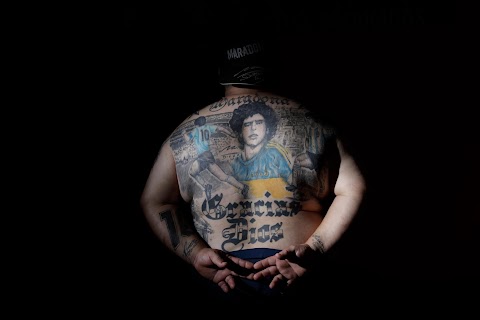 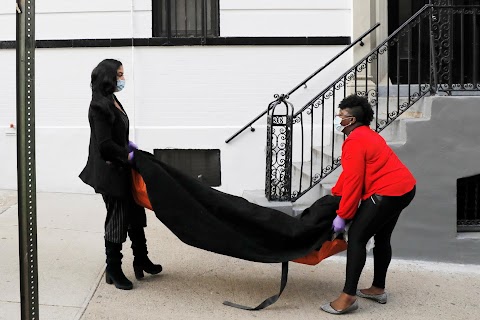