When the Berlin Wall was breached in 1989, crowds of ecstatic Germans came to hack away at this much-hated symbol of the Cold War. Now one of its last remaining sections is being partially torn down to make way for luxury apartments, yet few are cheering on the demolition. Crowds of people turned out to protest the removal of parts of the wall, which has become a monument to the city's history and is one of its main tourist attractions.

Before: People stand near the Brandenberg Gate months before the Berlin Wall fell.
After: Cars drive past the gate over 20 years later.

Before: An East German soldier watches a man hammering at a section of the wall near Checkpoint Charlie – a transit point between East and West during the Cold War.
After: People cross the street close to where the checkpoint stood.

Protesters tried to stop demolition of one of the last remaining stretches of the Berlin Wall on Friday, decades after jubilant Berliners tore down sections of the hated symbol of the Cold War.

Blowing whistles and brandishing placards with slogans such as "Berlin is selling itself and its history", around 200 people gathered at a 0.8-mile painted section of the wall known as the East Side Gallery, adorned with the work of artists such as Keith Haring and Gerald Scarfe.

Developers plan to build luxury apartments close to the open air gallery but builders had to stop tearing down the wall on Friday due to protests and local police said they had removed their machinery by late afternoon.

"We need this part of the wall because with its paintings by international artists it symbolises the way in which we managed to defeat dictatorship peacefully," said Peter Flenz, a 72-year-old retired civil servant.

Communist authorities in the former East Germany built the wall in 1961 as an "anti-fascist protective barrier". The 11.81-feet-high concrete structure divided Berlin for 28 years and an estimated 1,000 East Germans were killed trying to escape to the west after its construction.

Most of the wall was pulled down or chiseled away after it was breached on November 9, 1989, when ecstatic crowds of East and West Germans surged through checkpoints and on to the wall, hacking bits off it and dancing on top of the structure that for so long had symbolised their division.

The East Side Gallery, on the banks of the River Spree, was declared a historic monument in 1992 and has since become one of Berlin's main tourist attractions.

One section features a giant image of East German leader Erich Honecker and his Soviet counterpart Leonid Brezhnev kissing each other on the lips.

By Friday, the wall's rounded top had been removed from around a 65-feet stretch, a section which formed part of a mural depicting Berlin's Brandenburg Gate was missing and another part, attached to a crane, was ready to be torn down.

Berliners appealed to the city's mayor, Klaus Wowereit, to halt the demolition.

"Mr Wowereit, don't tear down this wall," a message scrawled on the wall said in a reference to a 1987 speech by the then U.S. President Ronald Reagan, who begged the Soviet Union's Mikhail Gorbachev to "tear down this wall!".

Protesters jostled with police as they tried to insert a full-size painted replica of the missing section of the wall into the gap.

"It's crucial that we keep this memorial so that history cannot repeat itself," said Lisa Baur, 29, a graphic designer. "It's also important from an economic point of view because lots of tourists come here to see it."

Critics said the demolition and development of luxury flats were symptoms of what they see as the gentrification of Berlin, a city that Wowereit once branded "poor but sexy".

"Berlin attracts a lot of people from all over the world. With Living Levels we are accommodating the demand from flat hunters, owners and investors for affordable living space," Living Bauhaus said in a statement.

The group said an escape route from a riverside stretch of park was being cut through the East Side Gallery for safety reasons and would have been built even without their apartment block. Planning authorities were not available for comment. 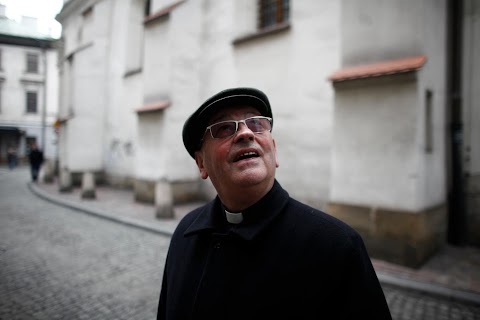 Life of a bishop 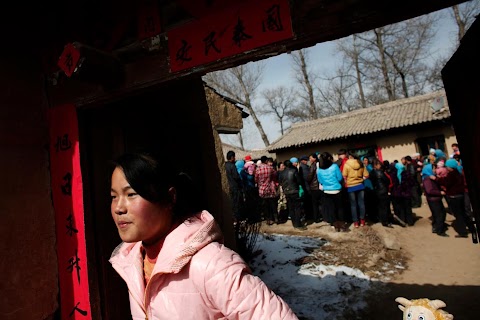