Fifty-two-year-old Than Shin holds her grandchild beneath her family treehouse in Kyar Chaung, a little village in a rural area of Myanmar.

For many people, having a home among tree branches might sound like an adventure. But for the residents of Kyar Chaung it has come about for a distressing reason: to avoid deadly wild elephant attacks.

"Dhamma Nanda, who lives alone in a monastery made with bamboo, believes the elephants only kill people who speak or do wrongful things."

It was a fine winter evening and the first frame I took was a silhouette of a farmer and his wife wearing ta-na-ka, riding on their cow carts. “This is a nice village,” I thought. But in fact its people have been living in fear for several years.

Kyar Chaung village is 64 miles north of Yangon, Myanmar. Most villagers have two houses: one on the ground where they stay during the day and one up in a tree where they protect themselves from wild elephant attacks at night.

When I went to see the leader of the village, people were already gathering in front of his house and chatting about a man who had had to run for his life as he was chased by an elephant just the previous day.

The village leader’s wife recalled her most terrifying memory of an elephant searching for a meal. “One night, while we were sleeping, we heard a loud crashing sound. I knew it was a ‘Bo-Taw’ (meaning ‘elephant’ in the sense of ‘powerful spirit’). I was shocked when I found its trunk already lifting our rice bag. I just ran and ran and ran!” Luckily, none of her family members were hurt that night.

Five other neighbouring villages within a 7-mile radius have been terrorised for 16 years by the animals. Villagers plant paddies, corn, sugar-cane, bananas and other crops for a living. Their houses are scattered, a few in the paddy fields, a few near the banana fields, some at the edge of the cornfields. All of these crops represent a delicious meal for an elephant.

The attacks were not a problem when there were one or two elephants here. But villagers say there are now about 30 or 40 that eat in these fields, which the villagers have been planting all their lives.

A notice board with a sign saying: “Beware Of The Elephants” states that every year at least 5-10 people die in the township because of the animals. This notice board (which is now torn in half) is one of the very few things that the government forestry department has offered the villagers over the past 16 years for their protection.

Villagers find their own ways of protecting themselves. They use fire to prevent the elephants from coming near. They sleep in their tree houses every night, but they have to forget about the belongings that they leave in their houses on the ground.

In nearly every tree house there is a CD, which is used to make a reflection to scare off the elephants. Residents have bow-guns to shoot at the animals too, which don’t kill them but are better than nothing. As a last resort, a nearby military training camp gave the villagers a few ‘flash bombs’ to use when things get really out of control.

There is also one 67-year-old retired hunter, Than Maung, who is an expert with the elephants. He says that the reason many of the beasts come to this area is because there is no more food for them in the forests and mountains due to serious deforestation. “The elephants do not attack you if you don’t try to disturb them having their meals. But if they do, you run,” he said.

Every day, the wild elephants start searching for meals around 4 p.m. and they go all night from one field to another until around 8 a.m. the next morning. Most sleep during the day. When they don’t sleep, they often surprise the villagers working in the fields. There are some elephants that chase a person as soon as they see one, but there are also some who avoid humans.

In the village I met Dhamma Nanda, a 58-year-old Buddhist monk who said of the elephant attacks: “I don’t care anymore. I just pray and share my love for them”.

Dhamma Nanda, who lives alone in a monastery made with bamboo, believes the elephants only kill people who speak or do wrongful things. There’s no tree house in his compound. This might be the reason I saw only a few bananas and some scattered rice grains on his dining table. This is already his third monastery after the previous two were destroyed by the elephants.

Dhamma Nanda recalled his worst memory of an elephant chasing him. “I ran for my life until I got stuck in a bush. I couldn’t move anymore because this bush had many thorns. I kept praying. I spoke to them that I’m not someone who did wrongful things. I haven’t had enough time yet doing Buddhism. So please let me live!” 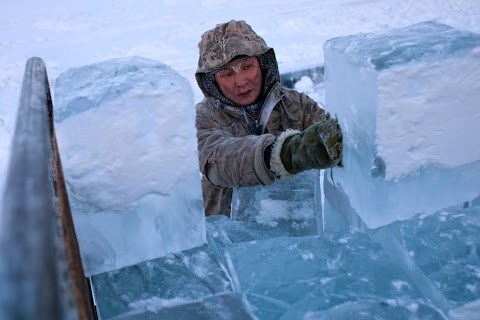 The pole of cold 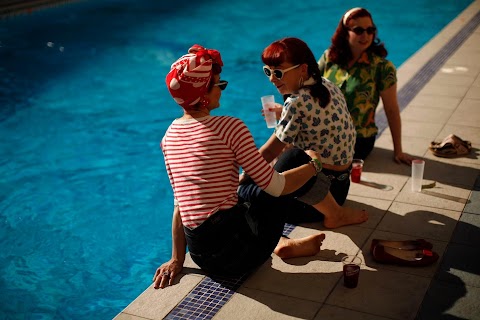