In the tiny town of Gammesfeld, Germany, there is a cooperative bank that is the definition of keeping finance simple. It is run by just one member of staff, CEO Peter Breiter, who carries out all the banking duties and records the daily business by hand, partly on paper. The bank is not connected to a database system, there are no ATMs and its customer base consists only of residents of the town of Gammesfeld which has a population of around 510.

“Things do not seem to have changed much since the bank was founded in 1890.”

Peter Breiter, 41, is not your typical bank manager. He wears jeans and a jumper to work, he writes everything out by hand, and he’s also not afraid to use a mop to clean the floor. But neither is this a standard bank, staffed by a row of anonymous employees behind glass screens. The Raiffeisen Gammesfeld eG cooperative bank in southern Germany is one of the smallest in Germany and a visit here is like stepping back in time.

From the waiting area with ladies sharing local gossip to the office, where Breiter still uses a typewriter and an adding machine, the surface enamel worn away by years of use, things do not seem to have changed much since the bank was founded in 1890. Even the price list is shown in deutschmarks, with the euro equivalent hand written on.

The bank nearly didn’t make it this far though. At the end of the 1980s, Germany’s bank supervisory authority withdrew Gammesfeld’s operating licence as it didn’t have the requisite number of staff to meet the ‘second pair of eyes’ principle to double check transactions.

Fritz Vogt, manager at the time and whose grandfather founded the bank, faced a three-year jail sentence for illegally operating a bank and it was only after six trials and a ruling from the federal administrative court that the bank was given permission to operate without the usual two full-time employees. Vogt, now 82, handed over the running of the bank and its approximately 400 current accounts, in 2008 to Breiter, who left his career-focused job at a bigger bank in a neighboring town.

Breiter, whose suit now hangs unworn in the cupboard, says he took the job in Gammesfeld to prevent the bank from being gobbled up a bigger rival. “I’ve not regretted a single second,” he said, explaining how former colleagues had mocked him for leaving to join a ‘museum’.

With the customer base restricted to those living in the tiny village of 510, Breiter, himself born in Gammesfeld, prides himself on knowing each customer and their transactions. “If a farmer asks me for a receipt of his dairy earnings, I don’t need to look in the accounts,” he says. Customers also appreciate the chance to chat to someone familiar about everyday life. “People pour their hearts out to me – job, divorce, money – but when I go home the bank is taboo,” he said.

Breiter is also proud of the fact that the bank is run in the best interests of its customers, rather than to maximize profits. “We don’t impose account fees or charges on our customers and there are no payouts of dividends or bonuses, either to me or others,” he said. Raiffeisen Gammesfeld restricts its business to traditional retail banking – no credit cards, shares or funds. Annual profits are stable at around 40,000 euros and the biggest loan it ever agreed was for 650,000 euros – peanuts for larger banks.

During the financial crisis in 2008, the phone was ringing off the hook, Breiter said. “The whole of Germany called. Some wanted to invest multi-million euro amounts, but I refused because they were not from Gammesfeld!” Despite its tiny size, the bank does a brisk trade around the lunchtime hours. Mandes Rueger, an insurance salesman, comes in around twice a week to use the bank. “I can’t tell you how long we’ve known each other,” he says of Breiter. “Must be around 20 years, since we met at the local soccer club.”

Later in the afternoon, Vogt appears to help out with some paper work and to share some laughs with Breiter. During his time at the bank he rejected the idea of IT, preferring his trusty fountain pen, and now eyes the ‘new’ computer with its floppy discs warily. Even now, the bank is still not connected to a central database and any account updates are sent via the regular mail.

Vogt says he believes a bank should take responsibility for people’s money. “If we had lost our clients’ money, we would no longer have dared walk through the village.” For the future, Breiter has one major aim – to get access to the central Raiffeisen Bank computer, so he can download statements to his computer instead of waiting for the postman to deliver them. 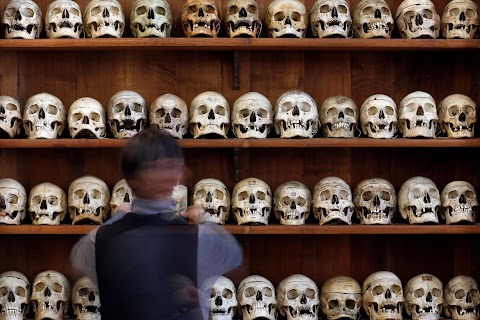 Criminal to the bone 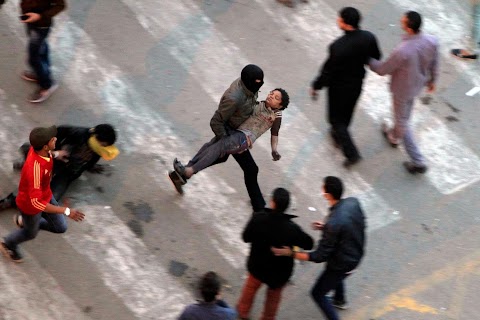