A solitary vending machine, which was swept inland by the Sendai tsunami, stands in a rice field. The wall of water that hit Japan's northeast coast in March 2011 killed nearly 16,000 people and led to a nuclear meltdown at the Fukushima Daiichi power plant.

Damir Sagolj, who covered the disaster two years ago, returned to the area to document the ongoing struggles of the people whose lives were affected by the tragedy.

"Okubo, who was born and lived his entire life between Iitate's rice fields and cedar trees, wanted to die in his beautiful village"

Shortly after the mandatory evacuation was announced on television, Fumio Okubo put on his smart clothes and his daughter-in-law served up his favourite dinner. By the morning, the 102-year-old was dead. He had hanged himself before dawn.

A rope knitted from plastic bags is certainly not a tanto knife. Nor was his death a dramatic one, with the public in attendance and blood all around. But what an old farmer from Iitate did that morning recalls the act of a samurai in ancient times - to die with honor.

Okubo, who was born and lived his entire life between Iitate's rice fields and cedar trees, wanted to die in his beautiful village, here and nowhere else.

For most people on Japan’s eastern coast - at least for those survivors who lost nobody and nothing - the true horror of the powerful earthquake and tsunami it triggered was over quickly. But for many unfortunate souls in otherwise prosperous Fukushima prefecture, March 11, 2011 was just the start of what for me is one of the most heart-rending stories I have ever covered outside the misery of the developing world.

The unimaginable happened. A nuclear power plant, the pride of Fukushima, was overwhelmed by the monster wave, setting off a series of disasters that never stopped: damaged reactors, hydrogen explosions and radioactive clouds, leaking water and cracked containers, all of it exacerbated by terrible crisis mismanagement.

The result is equally disastrous: two and a half years later, Fukushima looks worse than ever.

Once the government realized the initial scale of destruction and the threat of radiation, over 300,000 people were evacuated. Towns and villages were abandoned and lives broken. People were in shock. Only a few, Fumio Okubo among them, knew this was not something that would be over in a week or so.

Evacuees found shelter in schools and sport halls turned into collective centers across the prefecture, sometimes in places with radiation levels higher that their original home towns. In the early post-tsunami chaos, such mistakes were made. Okubo-san’s Iitate, officially one of the most beautiful villages in Japan, was originally designated as a shelter for people from areas near the tsunami-crippled plant. Then it was realized that the radioactive cloud travelled north-west, and that Iitate was more contaminated than many places closer to the plant.

Then another announcement was made and everyone was on the move again, destined never to return. Except for Fumio Okubo and few other civilian samurai, thousands of people ended up scattered across Japan.

Now, the miserable towns of Fukushima and their residents hang between the past disaster and fading hopes for rebuilding their futures.

For many, two and a half years was not long enough to bury their past and move on. They live in limbo – survivors, but not as alive as before. The plastic walls and tin roofs of their temporary accommodation they can’t possibly call home. Their real homes remain deep inside the zone. Most will never return there to live, and they know it.

The level of depression inside these thin walls is, not surprisingly, enormous. Hiroshi Masakura, a former landlord from Tomioka, currently lives at the evacuation center in Iwaki, south of the exclusion zone. A man in his sixties, with a strong face and a soft voice, invited me to his makeshift home to meet his wife. But his wife Miyo was dead, and all I will meet are child-like portraits of her drawn by Masakura-san.

Initially, the family was evacuated north of their Tomioka town and spent months in a sport hall, sharing the floor with many others. “That was bearable," said Masakura-san. “We all ate the same food, we were together. People like you and even some celebrities visited us.”

But then they moved to a settlement of pre-fabricated houses in suburbs of Iwaki. The bare floors of sport halls and mere survival were replaced with something that had to simulate real life, but was just a poor substitute. This is when the real pain starts about what is gone forever. Those who lost their homes in wars or disasters know this moment very well.

As soon as they moved into a tiny new apartment, Mrs Miyo began suffering from depression. Three months later, she fell ill and they took her to a hospital with stomach problems. Four months later, she was dead. This is where the otherwise very strong Masakura-san’s world collapsed and he breaks down while telling me the story. I asked if he believed his wife’s illness was related to the depression. He quietly replied, “Yes.”

Between the bare walls of his temporary home are pictures and drawings and a shrine to his late wife. And a huge new TV screen. There is nothing material from his previous life, as if it was just a dream. The nightmare is today’s reality. “Do you want to hear my song?” Masakura-san asked.

“Sayonara Tomioka” are the only words I understand from the song a lonely man composed and wrote, but the sad tone tells me precisely what is it all about. Translation in not needed and, as so many times before, I focus on a camera to chase away my own dark thoughts.

Official numbers confirm what I witness here – The Mainichi newspaper reported earlier this month that evacuation-related deaths in Fukushima Prefecture have surpassed the number killed in the original disaster. About 1,600 people have died in Fukushima due to their health deteriorating while living as evacuees, or because hospitals treating them had shut down. Others were driven to suicide.

Some evacuees have a sliver of hope, or are ready to return home whatever the danger. Some are too old to care what long-term radiation exposure might do to their health. But what they will do? Live alone, forgotten and abandoned like these poor and half-wild people I encountered years ago in Chernobyl's exclusion zone?

Ironically, many people forced out of Chernobyl were able to start a new life relatively quickly. They buried the victims, along with all hope of returning to normality, thanks to the brutality of life under a Communist regime. Some moved to Slavutich, a town purpose-built for evacuees, or to Kiev, or even further into what was then the Soviet Union. A few others climbed the fence, ignored the law and settled back inside the exclusion zone.

But people will not do this in Japan. They will obey the rules, do what they are told and suffer forever in their pre-fabricated new houses. Only a very few hardcore Japanese will do it their own way.

One of these people - considered a lunatic by some and a hero by others - is Keigi Sakamoto, a farmer and former caregiver for the mentally handicapped. Sakamoto-san said no to evacuation, stayed inside the zone and made animals his mission. He ventured into empty towns and villages and collected all the dogs and cats and rabbits and chocolate marmots abandoned by former owners when they left carrying sometimes as little as their wallets.

Now, Sakamoto-san lives with more than 500 animals in his mountain ranch near Naraha town, in a scene reminiscent of experimental theatre rather than modern Japan. And a very noisy theatre too, because many of his dogs have gone wild from the time they spent alone before Sakamoto-san rescued them. Just to confirm this observation, one dog bit me hard as I was passing his little house.

“There are no neighbors," said Keigi. "I’m the only one here. But I’m here to stay.” Of his more than 20 dogs, only two are friendly to man. One is called Atom, a super-cute white no-breed, so named because it was born just before the disaster at Fukushima. Others are showing their sharp teeth to rare visiting humans, as if they comprehend who is responsible for what happened there.

In contrast to Sakamoto-san’s cacophonic theatre, the scene in Fukushima's deserted towns is more like a silent horror movie. It is a horror movie with no people, where the only dangers are half-destroyed buildings that might collapse and a few wild animals. Twice a wild boar trotted in front of my car and halted. I reached for my camera, but he ran away before I managed to photograph him.

Radiation is still a danger, of course. But everyone, me included, wears a Geiger counter around the neck. Everywhere there are roadblocks and signs warning of possible radiation hotspots.

In Chernobyl’s exclusion zone, a zombie-like creature bewildered by cheap vodka and loneliness might jump out on you from a bush. But here in Fukushima everything is in almost perfect order. In abandoned towns, traffic lights work and a rare car will stop on red.

Near the train station of a ghost town called Namie, sitting outside a shop whose window is stacked with undistributed copies of March 12, 2011 newspapers, a vending machine is blinking. I drop in a coin. The thing makes the usual sound and, without thinking, gives me back a hot can of coffee! I’m trying to calculate how much energy the machine consumed for these two and half years of heating my coffee in a ghost town with zero population.

On the other side of the rail tracks, along Namie’s main street, I meet an elderly couple with masks over their faces and plastic bags over their shoes. They are making a rare authorized visit to their house and the family sweet shop they used to run. Mr and Mrs Nagaoka's main concern is hygiene. There are mousetraps all over the place, and the couple spends their time taking dead mice out and putting more poison in.

After pests are taken care of, Zenjuro and his wife start cleaning the freezers inside their shop. To my great surprise, all the cakes are still there and in perfect shape. Nagaoka-san, the owner, explains that the power was never off since the day of disaster. He doesn’t seem to find that odd or particularly significant.

How many Daiichi plants do you need and where will you put them to satisfy the appetite of such energy-hungry nations?

Such questions are multiplying, but the answers are few. I drive for days through abandoned towns and rice fields where strange things grow – plastic bags full of contaminated soil, the wrecked boat carried inland by the tsunami, another vending machine sprouting from a field.

I drive and drive through several parallel Fukushima worlds, where listless people move through abnormally eerie scenery. Private security guards hired by the government are blocking the roads, letting in only those with special permission. The workers who are fixing the doomed plant or decontaminating the ground inside the exclusion zone are transported by bus through their own worlds to do miserable jobs. A few visiting former residents search the vegetation for where the graveyard once stood . . .

I keep driving endlessly on roads cleaned and repaired as if the life will come back tomorrow to devastated and depressing Fukushima. My car radio is obviously broken and the only station it can tune to plays classical music (called “serious music” in my Bosnia). It makes almost a perfect soundtrack to the scenery. Although Johnny Cash comes to my mind very often. “I felt the power of death over life. I hung my head, I hung my head."

Fumio Okubo, a modern samurai from Iitate, knew it all. Fukushima's problems will take an age to fix. The old man just didn’t have time to wait. 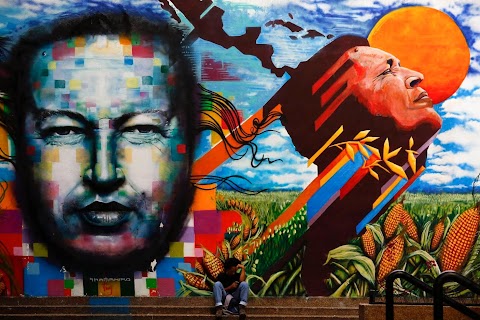 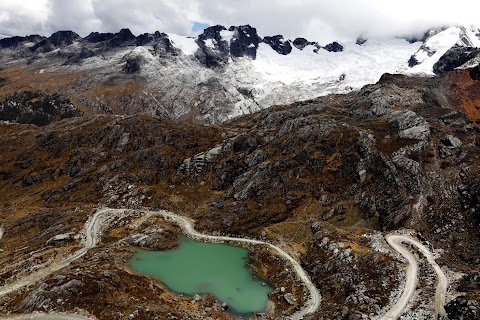