Women run for safety as armed police search for gunmen in the Westgate shopping centre in Nairobi.

Militants stormed the mall on September 21, killing scores of people including close relatives of Kenya's president and children, in an attack claimed by the Somali Islamist group al Shabaab. The attack is the worst such incident in Kenya since al Qaeda killed more than 200 people when it bombed the U.S. Embassy in Nairobi in 1998.

"I followed the police up and down through the mall, bodies were here and there."

I was at home when I heard from a friend about something happening, but we weren’t sure what it was. I went to the Westgate mall and saw some bodies lying in the car park and realised it was serious. I saw some police so I hid behind the cars to take cover and slowly got closer to the gate.

An injured child was being pushed in a supermarket trolley. The woman said to me, “Please, take this child." But the police jumped in and helped her. I took some pictures and then saw a couple of plainclothes and regular police. I asked when they would be moving and they said they were going to try and enter the shopping mall from the top. I went with them.

In the parking lot there were a lot of dead bodies and a lot of injured people with blood everywhere. There were people hiding and screaming and asking for help. I tried to help but I couldn’t do much because the ambulance was arriving and I wasn’t sure exactly what to do.

I saw this younger guy who was hit by shrapnel. His leg was broken, but he wasn’t bleeding that heavily. I didn’t want to move him and make it worse. If I started helping, I could do something wrong. I am not a doctor. I just tried to calm him down. I said, “The medics are coming. You will be alright. You are okay.”

I entered the mall and followed the police searching room by room until we ended up on the ground floor where the supermarket is located.

A policeman got shot in the stomach. He asked me to take a picture of him screaming and asked me for help. I tried to help him but I guess he was in shock or something because when I helped him up he started firing his rifle into the floor. He almost shot me accidentally. Then he dropped the weapon.

Children were following their parents. I saw a mother carrying her child. They were hiding when plainclothes police who said they were good guys gave instructions on how to run.

I followed the police up and down through the mall, bodies were here and there. One of the policemen told me there were a lot of bodies in a shop near the entrance. I went there and took a couple of pictures.

There was one moment when the police and I were hiding behind a column in the mall, sort of a stand holding something up. It wasn’t part of the building. I knocked on it and it was made out of thin material. I said “Hey guys knock on this!” Everyone started to knock. They said “So, what?” I said “It’s not going to protect us.” So, I dived down and everyone followed.

A woman ran out from a shop with some children and I helped some of them to get out. I took one of their hands and helped them run together. There was an older lady and she couldn’t run. People were in panic. Some kids were running and kids run quite well so they didn’t need any help. All of them were in total shock; they didn’t know what was going on.

I helped the police with some of the evacuations but after some time they asked me to leave and I decided it was time to do that.

I was inside the mall for around 4-5 hours.

It wasn’t possible to get close to the mall the following day. Police dropped a tear gas canister on journalists. I was trying to think of how to get back into the mall but I don’t believe I could get in without being arrested as I’m carrying my 500mm lens. You have to feel the atmosphere, know when a good time is. If you miss the timing, you cannot go ahead. You have to feel it and react quickly.

The shooting was a complex situation. I guess my experience in conflict zones helps to recognise where potential threats are and what is going on.

I’ve seen a lot of different situations of people dying but I always say it’s my job to cover these stories. If I can help someone, I will. I always believe people should see how it is. Sometimes it’s terrible but still, they should know the reality. 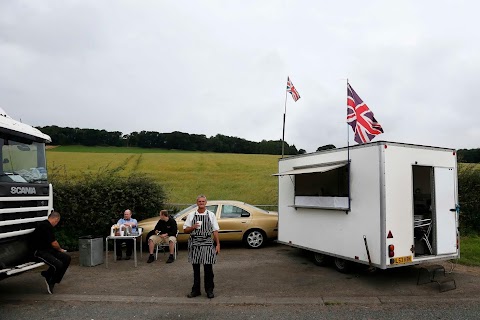 Bacon, beans and a tea to go 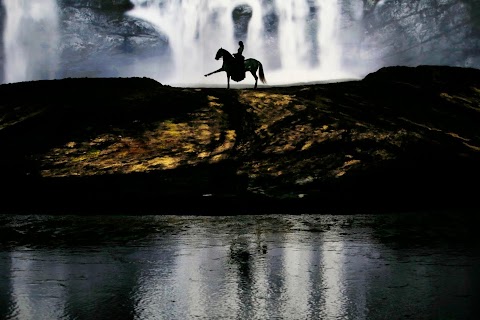