A protester sits on a tree as others argue during a protest in Tahrir square. Egypt held its first truly competitive leadership election in its history on May 23, 2012 to pick the man to replace three-decade long dictator Hosni Mubarak. On May 29, Mohamed Mursi won the presidency for the once-banned Muslim Brotherhood.

Egyptians savoured the first opportunity to choose their leader freely on May 23, 2012 in a presidential election made possible by last year's overthrow of Hosni Mubarak.

Here are some comments from citizens as voting began:

Saad Abd Raboh, an education ministry employee in his mid-fifties voting in Alexandria:

Amal Khedr, an accountant in Cairo wearing a veil who said she would vote for Amr Moussa, a former foreign minister:

"He has political experience. He is the best of the worst." Khedr's friend, Hala al-Kady, jokingly blocked her ears and said she was voting for Islamist candidate Abdel Moneim Abol Fotouh.

"It is important to vote for Egypt, your future and your children's future. But what is more important is that Egyptians accept the result ... and we don't descend in chaos and violence if some segments of society don't like the new president."

Housewife Samah, 48, a mother of two in Cairo who said she was voting for Mursi:

"My husband told me to vote for Mursi. He pressured me a little, to be frank, always talking about him, but I am not very well versed in politics so I trust him".

"This country has 17 million Christians. How can they implement Islamic Sharia? Amr Moussa is well respected. He is number one."

"Honestly, I like the idea of standing in line with the president. I'm voting for Moussa because we need stability and a return to the standards we had before."

Alaa Abdel Hady, a 61-year-old doctor who stood nearby holding a picture of people who died in the uprising last year:

"This man was foreign minister for Mubarak. Remember why you are here. Remember the martyrs whose life was the price of your freedom."

"Today, I swear, and no matter what, this is a historic thing to do, although I don't really know who to vote for. If I have not decided by the time I reach my polling station, I will vote for Mohamed Mursi as everyone around is urging us to."

"This is wrong! This is publicity and is not allowed today or here."

"I voted Amr Moussa, an expert in international affairs. He was not part of government in the period when the corruption spread, the last 10 years. The Brotherhood want control of everything. This is against democracy. If they control everything they will be a copy of Hosni Mubarak."

"I am voting for Amr Moussa because the country cannot go down the path of theocracy. We need a balanced leader for all Egyptians."

Ahmed Kamal, 40, a state employee in Fayoum south of Cairo:

"We didn't know what the word elections meant in the era of Hosni Mubarak. The Islamic current is the most organised current and there will be a big chance for its candidates."

"From his university days, he has always said no to people in the wrong. He can bring the people together."

"The Brotherhood are obsessed with women and Israel. The first thing they did was to change the laws to restrict women's freedoms... If the Brotherhood win we will go backwards 50 years." 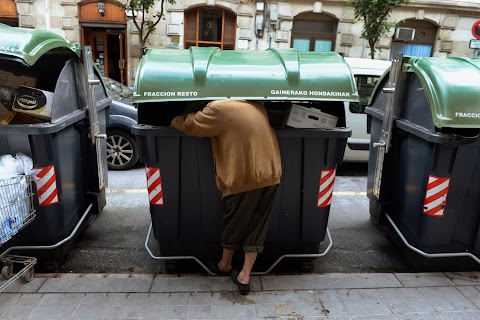 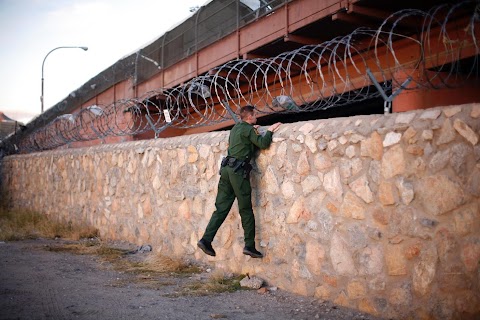 View from the border