Days before democracy champion Aung San Suu Kyi led her lawmakers into parliament as Myanmar's government-in-waiting, Ei Than watched bulldozers sent by the military destroy her house in a slum on the outskirts of Yangon.

Ei Than was one of around 2,500 people thrown off military-owned land at Mingaladon in a mass eviction that gives a glimpse into the challenges Suu Kyi faces in sharing power with the armed forces after nearly 50 years of iron-fisted junta rule.

A homeless family is seen here in their temporary shelter beside a street in Yangon. 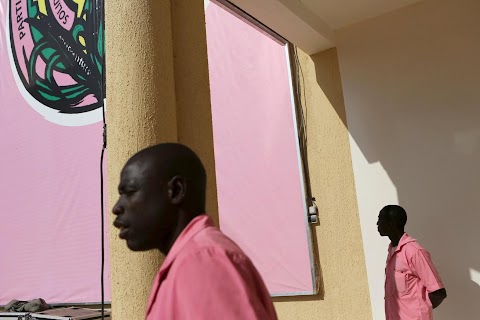 Niger goes to the polls A selfie with the pope