Like so many before them, Bazileo Hernandez (left) and Jeff Williamson came to North Dakota's oil country seeking a better life. They just came too late.

As recently as last spring, unskilled workers could show up in the No. 2 U.S. oil producing state and vie for salaries north of $100,000 per year with guaranteed housing. The steep drop in oil prices has changed that.

Yet out of despair sprung a bit of hope: After arriving in Williston as friends, Green and Williamson fell in love. They married at the local courthouse.

Later the same day, Green took a bus back to Oregon, where she is from. Williamson followed a few days later. They soon separated.

"In Williston, I was taking a risk and not knowing what would happen," Green said, wistfully. "We knew we had a connection, but it was too early." 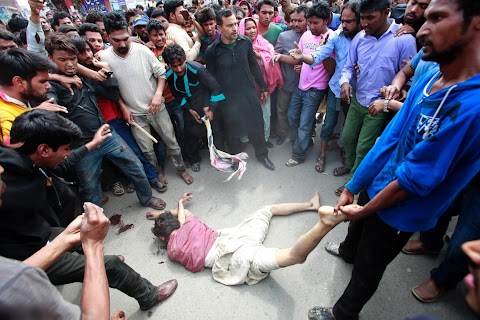 Lynched by the crowd