President Barack Obama will visit Laos next week to attend a regional summit, making him the first U.S. president to visit the once-isolated Southeast Asian country.

As part of his trip, Obama will visit the northern city of Luang Prabang. Protected by the United Nations cultural heritage agency UNESCO, Luang Prabang is one of the most alluring places in the region - a city that evokes old-world romance that has gained a reputation as a travellers' Shangri La.

Luang Prabang, in northern Laos, is encircled by lush mountains and sits at the confluence of the Mekong and Nam Khan rivers. It was the capital of the Lao kingdom for more than 200 years until 1565 when power was moved to Vientiane and away from the threat of invaders.

Designated a UNESCO World Heritage site in 1995, the old town is a fusion of Buddhist architecture and French colonial villas nestled on a peninsula formed by the two rivers. On its website, UNESCO says the "well-preserved townscape illustrates a key stage in the blending of these two distinct cultural traditions".

However, the agency noted “some threats to the site due to the rapid development of the town and strong economic pressures, many of which are related to tourism”.

The country’s tourism sector has seen rapid growth with arrivals up 13 percent to 4.6 million in 2015 from the previous year. Most visitors are from neighbours Thailand, Vietnam and China, but South Korea, Japan, Europe and North America are key markets as well.

Tourists and residents alike often rise early and head toward Sisavangvong road to watch the silent, ancient ritual of Buddhist monks processing through the streets in their orange robes, collecting alms of sticky rice and other food.

Among the dozens of temples in Luang Prabang, Wat Xieng Thong is the best-known, dating from the 16th century. Highlights include a tiny, ornate red chapel in the courtyard, and intricate wall decorations encrusted with tiny glass mosaic tiles.

The National Museum, housing a selection of religious treasures and antiques, is housed in the former Royal Palace. Among its pieces is the Phra Bang gold Buddha, which gave Luang Prabang its name. 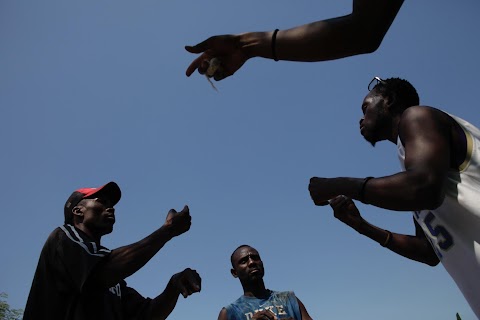 A community of deaf people in rural Haiti