Parker Roos, 12, suffers from Fragile X, the most common known genetic cause of autism. Parker hit all the early developmental milestones - rolling over, sitting up, crawling and walking - but his fine motor and language skills stalled.

Holly Roos is a carrier of the genetic mutation that causes Fragile X, and both her son Parker, 12, and her daughter Allison, 9, suffer from degrees of autism as a result. Fragile X is the most common form of inherited intellectual disability and the most common known genetic cause of autism.

Parker hit all the early developmental milestones - rolling over, sitting up, crawling and walking - but his fine motor and language skills stalled.

Holly, who worked in a childcare centre near her home in Canton, Illinois, wasn't reassured when doctors told her not to worry. Then, Holly's mother, a nurse, attended a genetics conference in Chicago where she learnt about Fragile X, and the pieces of the puzzle fell into place.

Tests showed that Parker had a full mutation in the FMR1 gene that causes Fragile X, meaning the gene was completely shut down and he was very likely to have both intellectual disability and autism.

Seaside Therapeutics in Cambridge, Massachusetts has been conducting clinic trials with a compound STX209, or arbaclofen with some success and undaunted by the prognosis, Holly enrolled Parker, then 10 years-old in the trial. At the time, Parker could say only a few words. Instead of talking, he screamed. "He had a happy scream, and a sad scream, and an 'I want that' scream," Holly says.

School was an exercise in frustration. "If he had a rough day, he would lunge at me and bite and not let go. I had huge welts and really bad bruises on my legs and arms," Holly recalls.

Dr. Elizabeth Berry-Kravis, director of the Fragile X clinic at Rush University Medical Center, has been studying the disease for more than two decades. Parker, she says, "was a mess. He had tantrums. He was aggressive. He tried to knock you away."

In Parker's trial, 63 patients received either a placebo or arbaclofen for one month, and then they switched. At first, nothing. Then, about two weeks after Parker switched drugs, he knocked a glass off the kitchen table. As Holly turned to pick up the shards, she heard her son say, "I am sorry, Mom. I love you."

It was the first time he had uttered those words, and they came out in complete sentences. "I waited 10 years to hear him say, 'I love you, Mom,'" Holly says.

Parker has been on the drug for two years, the differences are huge. He's now active in sports and is doing better in school.

Before, a trip to the park could set off violent tantrums. Recently he attended a birthday party - at a noisy game arcade - and for the first time, Holly didn't tag along.

When his Special Olympics basketball team made it to the state tournament in Normal, Illinois, 90 minutes from home, Parker stayed in a hotel with the rest of the team, one of the many things Holly never imagined would be possible.

Holly used to wear long-sleeve shirts year-round to conceal the bruises she got from tending to Parker. Now, with no bruises to hide, she wears T-shirts and shorts. On her left shoulder, Holly got a tattoo of a green X with the word "Fragile" written in black. 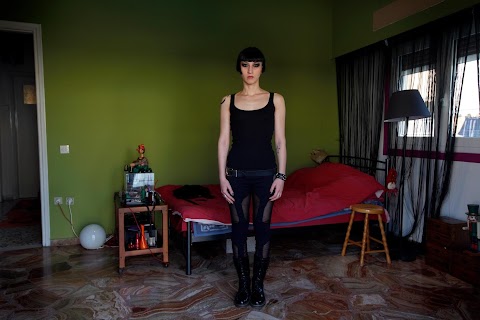 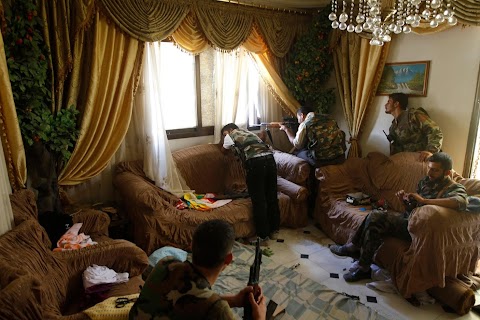 Inside Syria with rebel forces