Sierra Leone's 11-year conflict from 1991-2002 left over 50,000 dead and became a byword for gratuitous violence, especially the amputation of limbs. A decade later, the West African nation is peaceful, but among the world's poorest.

On May 26, 2012 a United Nations-backed court convicted former Liberian president Charles Taylor of war crimes and crimes against humanity, the first time a head of state has been found guilty by an international tribunal since the Nazi trials at Nuremberg.

The first African leader to stand trial for war crimes, Taylor had been charged with 11 counts of murder, rape, conscripting child soldiers and sexual slavery during intertwined wars in Liberia and Sierra Leone, when more than 50,000 people were killed.

The warlord-turned-president was accused of directing Revolutionary United Front (RUF) rebels in a campaign of terror to plunder Sierra Leone's diamond mines for profit and to obtain weapons.

The court ruled that Taylor, 64, was criminally responsible for aiding and abetting the crimes, and found him guilty of providing weapons, food, medical supplies, fuel and equipment to forces in Sierra Leone that committed atrocities.

But it said he was not guilty of either ordering or planning the atrocities - a disappointment for the prosecution and a decision that could eventually result in a lighter sentence.

"The trial chamber, having already found the accused guilty of aiding and abetting, does not find the accused also instigated these crimes," Presiding Judge Richard Lussick said.

The litany of gruesome crimes covered rapes and enslavement, beheadings and disembowelings, amputations and other mutilations carried out by child soldiers notorious for being high on drugs and dressed in fright wigs.

"A civilian was killed in full public view and then his body was disemboweled and his intestines stretched across the road to make a checkpoint. Women and children were raped in public, people were burned alive in their homes," the judge said.

"The purpose of these atrocities was to instill terror in the civilian population."

And in return for providing arms and ammunition for the conflict, the judge recounted how Taylor had received "blood diamonds", as the stones from Sierra Leone's conflict zones were known, including a 45-carat diamond and two 25-carat diamonds.

Human rights groups and victims welcomed the court's decision, with some saying it would serve as a strong warning to other leaders responsible for atrocities in conflict zones.

"Taylor's conviction sends a powerful message that even those in the highest-level positions can be held to account for grave crimes," Elise Keppler, senior counsel for Human Rights Watch, said in a statement.

"Not since Nuremberg has an international or hybrid war crimes court issued a judgment against a current or former head of state. This is a victory for Sierra Leonean victims, and all those seeking justice when the worst abuses are committed."

White House spokesman Jay Carney said: "While there is no way fully to redress the suffering and loss of those who were killed, tortured, raped, and enslaved in the service of Taylor's criminal schemes, we are hopeful that today's ruling will help to dissuade others who might follow in his footsteps."

He said in a statement that the court "sent a clear signal that neither rank nor title will shield from justice those who perpetrate the most egregious of crimes."

"I'm so happy that justice has been done," said Alhaji Jusu Jarka, 46, who had both hands amputated during an attack on Freetown on Jan. 6, 1999.

Standing outside the special court in Freetown, he told Reuters he hoped Taylor would get "100 or more years" when sentenced. 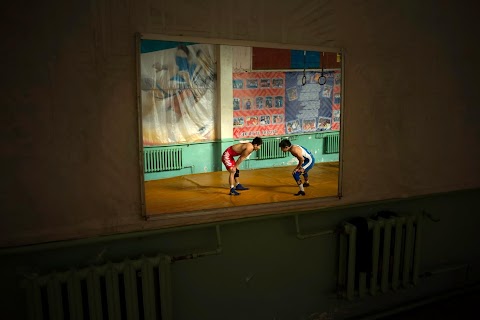 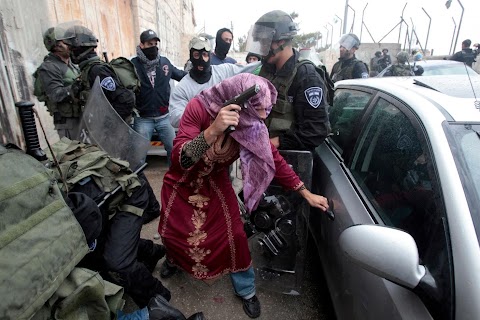