One young woman grew alarmed when she saw Confederate flags pop up around her small town. Another student often quietly knitted to persevere through stress. A Black teenager in the South feared racist violence more than a virus.

These students have all faced social and political change over their high school careers. They were freshman when Donald Trump was elected president and after a summer of protests over racism and violence they are graduating under the pandemic’s shadow.

Conversations with members of the Class of 2021 open a window on where America - from Maine to California - stands now and its future.

While the movement against sexual harassment and abuse by men is largely associated with liberal circles, Munson says its principles are embraced by her and many of her friends in rural, conservative America.

On a couple of occasions at stock shows, Munson has been confronted by older men who tried to intimidate or harass her. She learned to shut them down and make her complaints be known.

“Growing up when the #MeToo movement was happening opened my eyes to the possibility that in any of the situations made public, that could have been me,” she said. “It doesn’t have anything to do with political affiliations, at least it shouldn’t.”

Left: Rosales poses for a portrait in the front hallway of Marysville High School in Marysville.
Right: Rosales wears her graduation cap and gown.

Police sirens scream and a sharpshooter gets into position just down the block from the modest ranch home in Yuba City north of Sacramento where Zoe Isabella Rosales is online in a medical careers class. The 18-year-old Marysville High School senior doesn't budge from her place at the dining table, even as her mother and a guest rush outside to investigate. They discover a neighbor had shot and killed another resident.

Such focus has helped Rosales become captain of her school's Academic Decathlon team, and led to a scholarship to Georgetown University in Washington, D.C. She aims to become a physician.

Amid the books at her side is a bright orange skein of yarn and a pair of knitting needles - the hobby keeps her calm and her attention stable. She will often quietly knit as classes go on, persevering through stresses that included pandemic isolation and worries about family members as college applications loomed.

Because of the pandemic, Rosales gave up her part-time job at Panda Express and split her time between her mother's home in Yuba City and her grandmother's place in Petaluma, about 150 miles away.

The pandemic came after other difficulties. Turmoil in their family caused her mother to move to an impoverished community in the Sierra Nevada foothills and some family members have struggled with drug addiction and homelessness.

Rosales has the example of her mother, Michelle, who went to school later in life and graduated last year with a degree in social work, and her sister, Maya, who is graduating this year from the University of California at Berkeley.

The girls' grandmother also went back to school, to complete a nursing degree.

The pandemic, Rosales said, has shown her how privileged she has been to have relatives who see education as a priority - and even to have simple tools like internet access that many students in her old foothill community lacked, making it difficult for them to attend online classes or submit their homework.

"It's made me more grateful and more self-aware of my privileges," she said. "But it's also made me really angry ... seeing other people who have had their whole world changed and their ability to learn completely blocked." 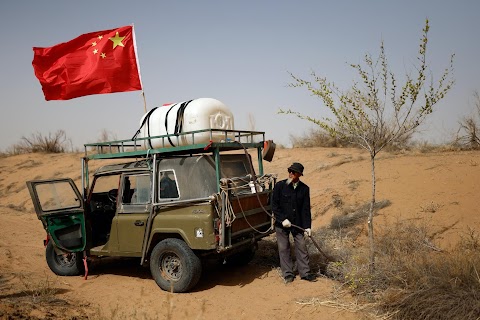 The Great Green Wall: China's farmers push back the desert one tree at a time 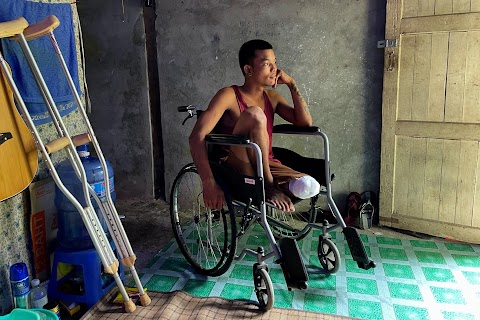 'For fallen souls' - A survivor says Myanmar fight must go on