The image of Vladimir Lenin looms up from the top of a hill in Kajy-Say, a township some 90 km (56 miles) from Kyrgyzstan's Kumtor goldmine. The mine is a major source of wealth but the riches it churns out are also a point of conflict in a country that has lived through serious political upheaval. Kyrgyzstan has had two revolutions in eight years, and nationalists there are now threatening to topple another government unless it expropriates the mine, which they say was sold too cheaply to foreigners.

"Some vehicles never even stop their engines in these ferocious conditions of Arctic tundra and permafrost."

I repeated this to myself non-stop, like an incantation. But in fact it is hard even to pace quickly, let alone run, when you have to breathe rarefied air wearing a protective helmet and brand-new rigid boots with steel toes.

I also had to look out for giant trucks the size of three-storey houses chugging around. It was difficult to keep my emotions under control during the few hours on this tight assignment.

I was at an altitude of over 4,000 meters above sea level near the Chinese border, inside a huge, open-pit gold mine at Kumtor, Kyrgyzstan’s largest gold asset, which is currently operated by Toronto-based Centerra Gold.

Gigantic trucks and excavators worked non-stop in the snow-clad pit, looking like characters from a fantasy movie. As if playing a computer game, an excavator operator elegantly manipulated small joysticks – just five scoops full of ore, and almost 200 tones were loaded into a truck in about a minute.

To conform with Centerra Gold’s tough requirements, I had to pass two medical checks before I started working at these giddy heights. A day before, we had to stay the night at a guest house located at about 1,700 meters above sea level to get accustomed to the altitude before ascending to Kumtor. The gold mine is the world’s second highest gold deposit after Peru’s Yanacocha mine. Some vehicles never even stop their engines in these ferocious conditions of Arctic tundra and permafrost.

Finally, the labour of hundreds of workers, dozens of huge machines and a state-of-art gold-extracting mill reached its logical conclusion. Two workers, moving like extra-terrestrials in their silvery heatproof overalls and helmets, slowly poured dazzling, bright orange molten gold from a crucible into moulds.

Minutes later, four bars containing around 80 percent pure gold and worth $2.6 million were ready for polishing. A worker wearing a mask closed the curtain of his glass booth to polish a 20 kg bar inside.

I saw gold dust catch the light of bright lamps illuminating the booth. After being photographed as though they were prestigious models on a catwalk, the four shiny bars were stamped and sealed in massive vaults. I have seen batches of banknotes worth more than $2.6 million but, without a doubt, gold bars look much more attractive!

When I left the hot melting shop, I saw a crystal clear sky over the Kumtor mine outside. Our team prepared for the 400 km (248 mile) ride back to the Kyrgyz capital Bishkek, and I raised my camera to shoot a final general view of the plateau.

In the bright sunlight, a few tiny specks of gold dust were still glittering on my lens and camera. 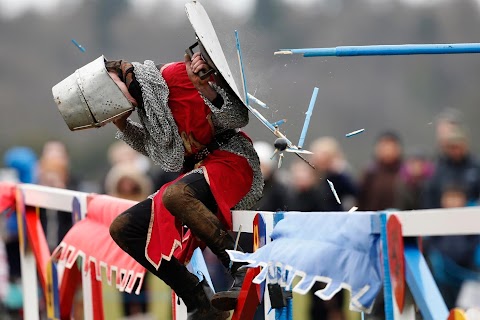 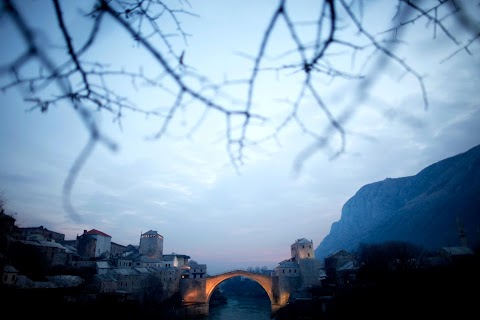