Guards armed with rifles escort Dr. Kumar Gaurav as he makes the rounds at his hospital on the banks of the Ganges River.

The guards are there to protect him from the relatives of patients, including those suffering from COVID-19. The relatives keep barging into the wards, even the ICU, to stroke and feed their loved ones, often without wearing even the flimsiest of masks as barriers against the novel coronavirus.

Eventually, almost a day later, a bed is found for Sah in the isolation ward. When he is moved, Sameer, a 22-year-old medical attendant sent to help with the transfer, hurriedly changes into his plastic overalls. Instead of protective goggles, he uses a pair of cheap sunglasses.

He gestures to his overalls.

“We only get these once we are moving positive patients from the general ward to a COVID ward.” Otherwise, he says, “we are the first people to receive a patient as they enter the gate, but we don’t have any protection.”

After collecting an oxygen tank for the transfer, and fiddling with the cylinder for a few minutes inside the ward, Sameer and his colleague discover that it’s faulty. They take a new one, but the rusted trolley they mount it on barely moves. It screeches as the men try to drag it through the hospital corridors.

The tube attached to Sah’s oxygen mask strains as Sameer tries to keep pace with the stretcher, with the man’s wife and son trailing behind.

Eventually, the wheels of the trolley stop turning altogether. So Sameer hoists the hulking canister onto his shoulders, and bears the weight himself. 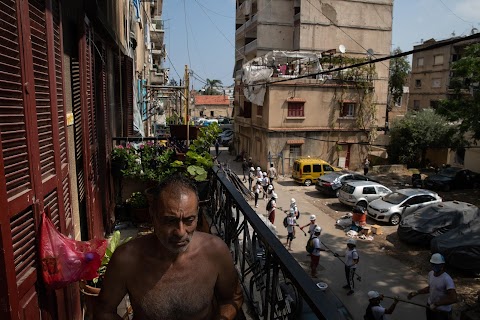 'We lost everything:' Grieving Beirut neighbourhood struggles to rebuild 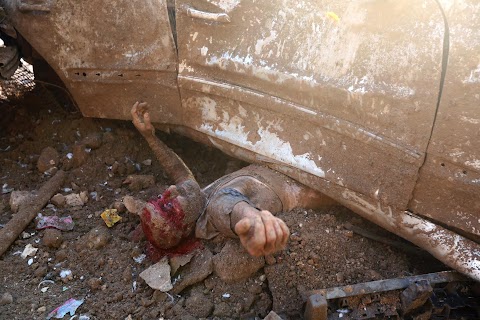