The Rio de Janeiro Olympics kick off on Aug. 5 for some two weeks of competitive games drawing athletes as well as audiences from around the world.

As they prepare to cover the event, Reuters photographers look back on their favourite pictures from past Olympics where they captured the action on the ground as well as the participants' tears and joy that followed.

Dylan Martinez: "During the long build up to the London Olympics all eyes were on a few of the gold medal hopes - I remember the pressure on them growing as we got closer to the opening ceremony.

The British gymnastics team had a few high profile members but none more so than pummel star Louis Smith. I had photographed him at past championships and was always impressed by his focus.

So with music blaring and a sell out crowd cheering, Louis steps up and absolutely nails his routine - as he came off the pummel it was as if pressure of the last few years suddenly lifted from his shoulders and he could finally breath again. He sat down and somehow oblivious to all around him  a couple of tears roll down his cheek and luckily for me he was sitting in front of some rings...

But the best thing about this photograph is, Louis Smith told me, it was his favourite picture of the whole Olympics. Both him and his mother have a large print on their living room to walls."

Some of the most memorable shots include an underwater picture of American Michael Phelps swimming the butterfly stroke during the Beijing 2008 Olympics and Jamaican sprinter Usain Bolt and Britain's distance runner Mo Farah celebrating together after receiving gold medals in London.

Dominic Ebenbichler: "I shot the picture with a robot remote camera which was fixed on the roof and that I triggered from the ground.

The difficult part is to set it up prior to each weight lifting event. You have to preset focus and shutter speed and as the athletes are not all the same size, a little bit of luck is involved as to whether the picture will be sharp.

In this case everything came together perfectly: Minginfel dropped his weights and gestured upwards, we had set the focus on just the right position and what a result!" 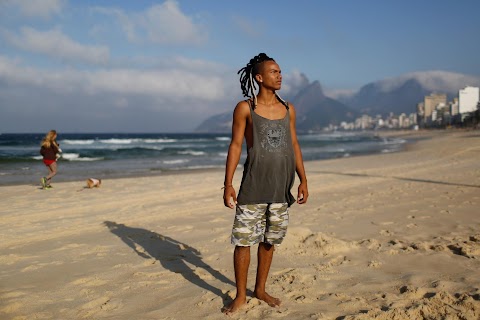 Cariocas reflect on the Olympics 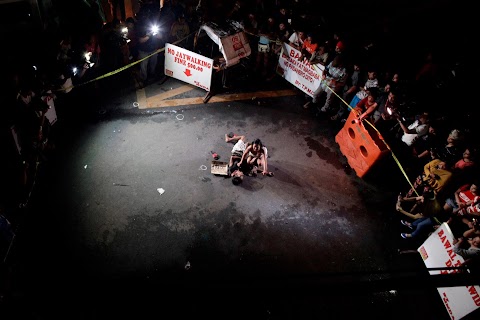 A death in Manila