With a $50-billion price tag, the Sochi Winter Olympics will be an extravagant event, supposed to showcase Russia to the world. Yet for many living in the host city, preparations for the Games have caused more problems than pleasure.

These Sochi residents live on a street where locals say that since the erection of pylons to supply power to Olympic venues, the hillside above their houses has been gradually giving way, triggering damaging landslides.

"Many people with grudges about the Games declined my request for a picture."

“We meant to do better, but it came out as always.”

Everyone in Russia knows this phrase, unintentionally coined by the late prime minister Viktor Chernomyrdin and applicable to an abundance of situations in this country, where official pronouncements of intent are often so far removed from reality that you could cry. Though instead of crying, Russians ruefully utter this aphorism and smile.

In Sochi you hear it very often these days. With less than 100 days left before the start of the 2014 Winter Olympics, the city has entered the finishing straight to complete the venues for an extravaganza that is to showcase a new Russia. A Russia that has shed its shabby post-Soviet coat to welcome the world to Sochi, where the “sea meets the mountains”, where everything that is adorable about Russia will flourish in a sparkling new summer and winter holidaying resort, as official publicity has it.

This aspiration comes at a high cost.

There is of course the $50-billion prize tag, which makes the Sochi Olympics the most expensive Games in history. Some Russians say this money should have been spent on schools, roads or the public health system, all of which are in great need of repairs.

Others say Russia can and should afford it. After all, those dollars come literally flowing out of its oil-rich ground. And with President Vladimir Putin’s personal backing, the country will move heaven and earth to make sure everything will be completed in time.

The people of Sochi don’t have to look to national politics to form an opinion about the Games. Over the last four weeks I have travelled all over the area that stretches some 145 km (90 miles) along the Black Sea coast and spoken to many people from all walks of life. They included homeowners, builders, waiters, shop assistants, taxi drivers, ecologists, farmers – in short, locals who don’t have a financial stake in the Olympics.

Along with most Russians, they were gripped with enthusiasm back in 2007 when Sochi won the right to host the Games. They were hoping for better roads in their neighbourhood, a functioning sewage system, a makeover of the Stalin-era beach and investment in the tourist sector that is a far cry from its Turkish competitor across the Black Sea.

Investors did come, but they have turned the resort town into an urban sprawl, with apartment high-rises springing up all over, massive hotel complexes, and super highways that criss-cross the city but offer few exits for locals to reach their homes.

For five years people here have been coping with cement dust, tossed up day and night by heavy construction machinery, they have watched their houses being demolished, their wells going dry and their streets groaning under perpetual traffic jams while the Olympic venues were being cut into the magnificent Caucasus Mountains.

Many people with grudges about the Games declined my request for a picture. This was not for fear of reprisals, but because they didn’t want to appear un-patriotic; just like everyone else in the country, they want their athletes to do well. And they are still proud that Russia will welcome the world for a festival of sports. They still want the Games to be a success.

But after everything they have been through, many Sochi locals have lost the nerve for even the faintest smile. 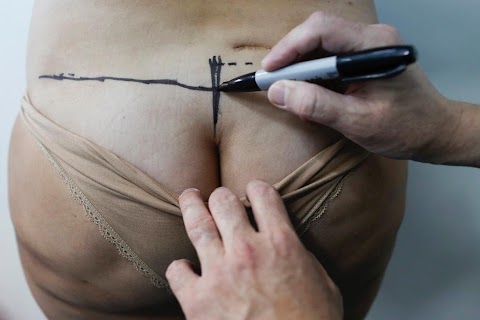 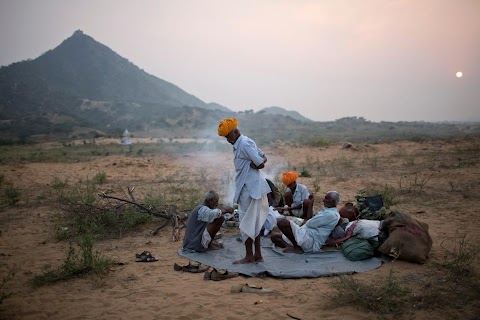