Puffins fly above the Farne Islands off the coast of northeast England, their beaks packed with sand eels to feed their young.

These colourful birds are not the only natural attraction in the Farnes. The rocky isles are a regular haven for wildlife, hosting around 23 types of seabird as well as a substantial population of grey seals, which have their pups there in the autumn.

"There’s a massive set of challenges when you’re photographing wildlife and the difficulty is doubled when you have to dive underwater."

The Farne Islands, a cluster of rocky outcrops in the windswept ocean off the northeastern English coast, might not sound like a particularly welcoming destination. But although they are a harsh environment for humans, they are a haven for wildlife, from grey seals to some 23 types of seabird.

I had been to the islands many times before to go diving, but this time I wanted to shoot an extended story about the many species that live there. Over the course of the project, which ran from May to November 2013, I spent seven days both on the islands themselves and under the sea that surrounds them, photographing the teeming wildlife.

This was a fascinating year to document one of the Farne Islands’ most distinctive inhabitants: puffins. Every five years, UK conservation charity the National Trust conducts a census of this strange-looking seabird, with its black-and-white body and colourful bill. The latest one began in May this year.

The rangers who carry out the survey have to search some 90,000 burrows on the islands, where electricity is scarce and running water non-existent. They have just one day off a week to go back to the mainland, but if weather conditions are poor they can be left stranded. Once this year they were stuck on the islands for 17 days.

Yet the rangers who work on the census are extremely dedicated and this year they got good news. The survey showed there were almost 40,000 pairs of nesting puffins on the islands, a significant increase from 2008 when the number was just 36,835.

During the project, the weather swung between extremes, from gale force winds and driving rain to blisteringly hot sun and flat, calm seas. Thousands of squawking birds greeted me on my first visit in May and remained on the islands raising their young through the summer. Some then headed to warmer climbs, and the puffins simply flew out to the open ocean where they spend the winter.

Slowly autumn arrived and it was my chance to photograph the grey seals that come to the Farne Islands to have their pups. When seals are on land they can be very aggressive, especially the females who will do anything to protect their young. But underwater it’s a different story. I cannot express what a great privilege it is to dive with seals, which are as playful as puppy dogs, zooming around and nibbling at your diving suit and arms. You can even stroke some of them - they know that a slightly overweight diver like me bobbing around underwater is no match for them. The last dive I took was probably the greatest experience I have ever had with the animals.

But the seals were also part of the worst moment I had during this project. On my very last visit I went to Brownsman island with a ranger and as soon as we arrived I saw a pregnant female whose waters had just broken. Seals normally give birth at night and their labour often lasts several hours, so rather than staying to watch we went off to explore the area. Twenty minutes later we were back and saw that the seal had already given birth. I may never get over the disappointment of having missed that moment.

There’s a massive set of challenges when you’re photographing wildlife and the difficulty is doubled when you have to dive underwater, out of your natural habitat. The sea off the coast of the UK is not clear, so you have to rely on natural light rather than using a flash, which would illuminate all the particles in the sea and leave you with a picture that looked like a snowstorm. Additionally, currents and rough sea conditions can make you very uncomfortable and birds under water move extremely fast. But somehow I managed.

Now that I have finished this project, I won’t have much cause to go back to the Farne Islands. But if I could live there and dive there every day, that would be my ideal. 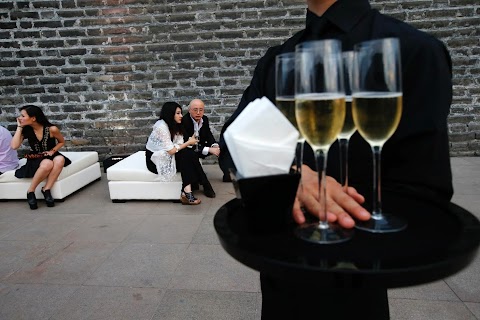 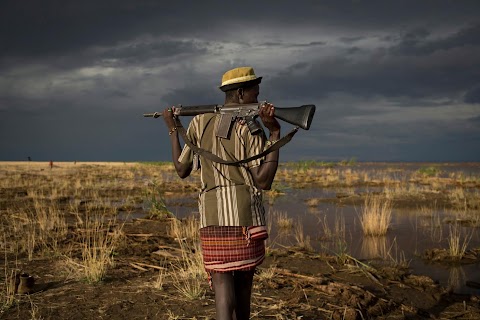