When Taliban insurgents knocked on his house door in Jalalabad around six month ago and asked him to join their forces, Darvish, 15, borrowed money from his uncle and left Afghanistan.

In the rundown warehouse along the Sava River bank, a few hundred metres (yards) away from prime real estate in Belgrade, Darvish and his friends lit pieces of wood they collected to warm up with the temperature near zero.

"This (the warehouse) is for dogs, not for people," Said, who came from from Kabul, said. He has been living in the warehouse for a month, but does not want to go to a warmer room in one of 11 refugee centres in Serbia.

"I was already deported once to Macedonia and I don't want it to happen again."

Earlier in November, a group of migrants began marching from the warehouse to the border with Croatia, but after a two-day walk they were turned back by the border police. 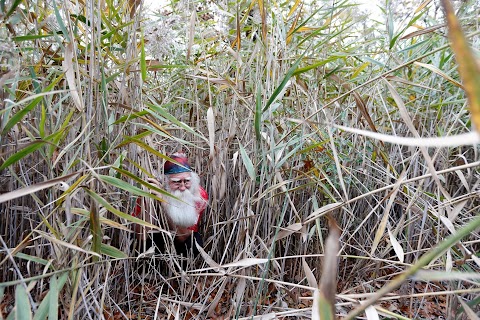 The art of becoming Santa