Over months of protests Carlos Garcia Rawlins has been on Venezuela's streets daily, documenting increasingly violent clashes with security forces, experience that helped put him within eyeshot of a soldier who fatally wounded a young activist at close range.

Hundreds of thousands of Venezuelans have taken to the streets across the country since April to demand elections, solutions to hunger and shortages, and an end to President Nicolas Maduro's plan to overhaul the constitution.

Hong Kong: 20 years since the end of British rule 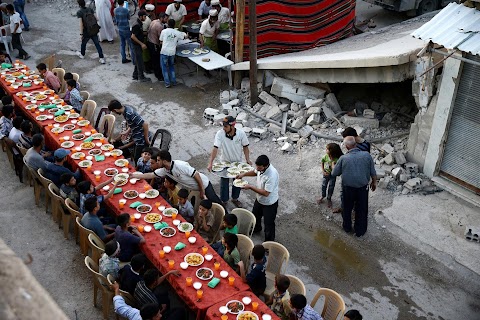 Iftar amidst the ruins of Douma