From the protests convulsing Hong Kong to that exchange between U.S. First Lady Melania Trump and Canadian Prime Minister Justin Trudeau, Reuters photographers covered the biggest news stories of 2019, and captured some of its most viral moments as well.

Beyond the images themselves, these are the inside stories of the men and women behind the lens and their experiences in the line of duty.

Below is a selection of some exceptional 2019 Reuters pictures along with the stories of how they came to be, directly from the photographers who took them.

Carlos Barria: "During the G7 meeting in France the leaders, with their spouses, gathered for the traditional family photo. As a member of the White House press pool, I travelled with President Trump to document his every move. I focused my lens on President Trump, while also keeping an eye on the First Lady.

It’s a fast photo opportunity so I was filing directly from my camera – sending pictures instantaneously, like live TV. As I was focused on Trump, I could see in the corner of my frame that Melania Trump had a spontaneous and fleeting interaction with Canadian Prime Minister Justin Trudeau. It happened so quickly it was almost imperceptible. I stopped and looked at my camera screen and that’s when I saw it. I sent it to the editor, who also saw its potential and sent it out quickly.

Minutes after the event ended, people were already retweeting the image and creating memes. It underscores how even in a crowd of photographers focused on the same subjects, there are opportunities to capture something unique, and potentially viral."

Jorge Silva: "That afternoon was intense, by the time of the picture we had some three hours of clashes as the police tried to push back thousands of demonstrators.

I was standing at the entrance of the Baquedano metro station, which had been the epicentre of the protest for several weeks. The police moved quickly to gain a position at one corner of the square. I couldn't keep following the front line of the protesters because there were many water cannons spraying the crowd and so I had to move slowly through the dense tear gas clouds.

Suddenly I saw a flare out of the corner of my right eye and swung my camera around to find a policewoman engulfed in flames and her fellow officers trying to extinguish the flames. It was a 5-second scene that came into my viewfinder in slow motion.

She was taken away in a police vehicle to be treated. The crowd was loud as the rain of stones hit the police vehicle and passed by us. The police reacted with fury, shooting rubber bullets and gas canisters as protests continued for a few more hours late into the night."

For part one of A Picture and its Story 2019 click here. 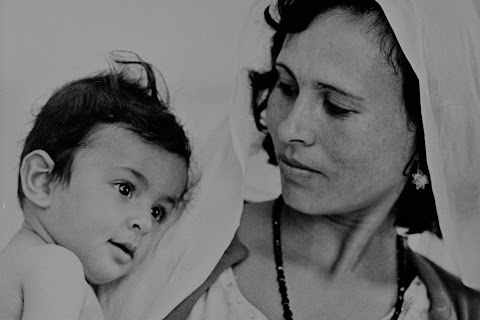 Side by side, glimpses of Palestinian refugee camps then and now 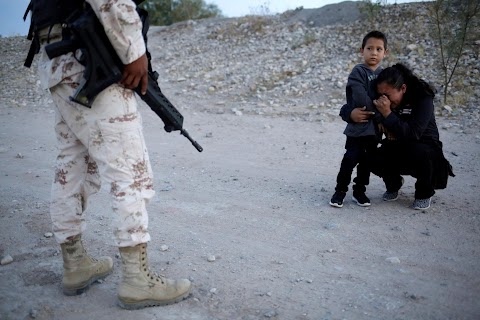