Fire is not natural in the Amazon. Virgin rainforest, no matter how fierce the sun, is too wet to catch alight. If the forest burns it is almost always because of humans.

In August, around the peak of the so-called "queimadas" as the burning season here is known, the number of fires in Brazil's Amazon jumped to its highest since 2010.

One of the men that night was Paulo Paulino Guajajara. He knew it was dangerous work and spoke frankly of his fear. "I'm scared at times, but we have to lift up our heads and act. We are here fighting," he said.

Four weeks later, he was dead. Members of his tribe said loggers had shot him through the head. 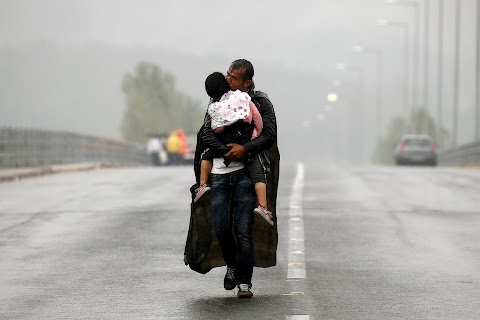 Pictures of the decade: Part two