Illegal loggers have long invaded areas of the Amazon rainforest. Tired of what they say is a lack of sufficient government assistance, the Ka’apor Indians feel it is time to take matters into their own hands.

The tribe sent out their best warriors to hunt down loggers and drive them off their land.

The warriors stripped them, tied them up and beat those who resisted

A small army of Ka’apor warriors marched into the depths of the Amazon forest in northeast Maranhao state, with me in tow. This was one day of a weeklong operation to protect and survey the Alto Turiacu Indian reserve, which has been invaded by illegal loggers for years.

Ka’apor leader Irakadju told me how they had sought help from the Brazilian Army when they were in the region last year, but they had left, unwilling to ruin their jeeps and possibly afraid of the loggers.

“We got tired of waiting for the government,” Irakadju said, while pushing through vines, branches and thorns.

This feeling is shared by other Indians in different parts of the country. Last January the Munduruku Indians told me the exact same words as I hiked with them in search of wildcat miners. In July uncontacted Indians voluntarily emerged from the jungle, telling stories of violence committed against them by loggers along the border with Peru.

The forest isn’t the only victim of the uncontrolled exploitation of natural resources in the Amazon. It also affects those whose centuries-old way of life depends on the forest.

The Ka’apor told me how loggers invaded the village of Gurupi last November, beat up their elders, shot animals and scared their children. In February, loggers shot at three warriors during an operation, and one injured Indian almost died.

In May, federal prosecutors reported a “situation of conflict involving Ka’apor Indians and illegal exploiters of the forest” to the Federal Police, the environmental protection agency (Ibama), and the Indian affairs agency (Funai) and asked these agencies to take urgent measures within ten days.

But nothing was done. During my week touring the region, I didn’t see a single government official or any infrastructure in place to protect the area from loggers. Irakadju explained that in 2004, even officials from Funai recommended that they sell trees, but had left with all the money.

“And I ask you, what good is money if our children won’t have a forest to live in?” Irakadju said.

With no government protection, the Ka’apor took matters into their own hands and started expelling the loggers. However, loggers would often return after a few days, so the warriors established what they call “Kaar Husak Ha”, or “protected areas”.

“We have now set up a permanent camp in each place where loggers are cutting trees,” Osimar, chief of the Ka’apor warriors, explained.

On this operation, we reached one of those camps called “Owy Ti Renda”, or “place of straw”, set up after loggers arrived to clear jungle trails for dragging logs out to waiting trucks. On the first night patrol, as the women and children stayed behind at the camp, we saw at least nine loaded trucks drive past us out of the Alto Turiacu Indian reserve.

Ka’apor chiefs set up a meeting with the most experienced warriors from other villages to plan an operation. The meeting lasted all night and afterwards the group set out and expelled a dozen loggers they found invading their territory. The warriors stripped them, tied them up and beat those who resisted.

Before releasing them, one of the warriors told the loggers on the ground: “We’re doing this because you are stubborn. We told you not to come back, but you didn’t listen.”

They then set fire to five trucks and three tractors equipped to pull down trees and transport them from the jungle. They confiscated chainsaws and shotguns that they carried back to the village saying: “Jande pairata” or “We are strong.”

It wasn’t until the next day that they considered the repercussions of their actions, such as the possibility of a counterattack once the news that the Indians had begun a war for the forest spread to nearby towns.

“Our forest was being taken away from us, but we woke up,” Irakadju told me one day. “Many whites feel that the standing forest is of no use. They cannot see that a living jungle is good for the entire world and helps the Earth to breathe.” 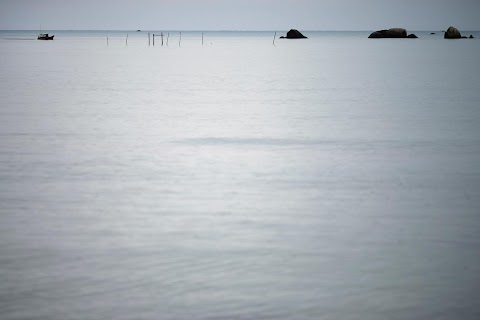 Island in a Disputed Sea 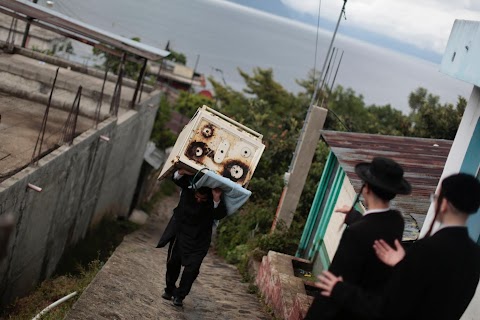