Opened in 1913, Sydney’s Doll Hospital has saved millions of dolls, teddy bears, rocking horses and other toys from around Australia and New Zealand.

Behind a toy shop on a busy suburban street in Sydney's south, "doll surgeons" transplant fingers, heads and toes to restore these treasured childhood items to their former glory.

Making customers cry may not be most shopkeeper's goal, but at Sydney's 101-year-old Doll Hospital workers take tears as a sign of a job well done.

In an age of mass-produced plastic dolls, few doll hospitals around the world have survived, the owners said.

"We're one of the last ones that does everything, when it comes to dolls, there's very few that are capable of that sort of work," said Geoff Chapman, 67 and "surgeon-in-chief" at the family-run business his father started more than a century ago.

Since then, the Doll Hospital has restored more than three million dolls, teddy bears, rocking horses and wheeled toys for Australian and New Zealand children.

"We've had clowns as big as a person, and a 12-foot (4m) crocodile - plush - not real," Chapman joked, noting that "the most common problem usually is the hair and the eyes".

One of the pleasures of working at the hospital is seeing customers' reactions when they collect their prized possession.

"It's both men and women, obviously more women are getting dolls and teddies repaired, but there's quite a few men attached to teddy bears too," Chapman said.

"We've had customers who've burst into tears" when they saw the treasured doll or teddy as good as new, he said.

Located behind a toy shop on a busy suburban street in south Sydney, workers fix fingers, toes and heads, and repair broken eye sockets in dolls - victims of childhood tantrums, dog attacks or sibling rivalry, sometimes as long as decades ago.

"A lot of our tools are like surgeons', operating on human patients," said Kerry Stuart, who has worked there for 25 years.

Like a real hospital too, work depends on the availability and schedule of a specialist, as well as the backlog. Gail Grainger, for example, specialises in repairing legs, feet and fingers.

Stuart said the most difficult job is repairing "celluloid dolls" because the material is very thin, like tissue, having been made from one of the first synthetic plastics.

"The thing I like least is eyes. It's a very difficult balancing act to get them right, so it does take a while. Sometimes I have to do them three times before I'm happy with them," she said.

The Doll Hospital was opened by Chapman Senior as part of his general store after a batch of celluloid dolls made in Japan arrived damaged and Chapman had to repair them.

Demand for the hospital's services skyrocketed during World War Two when import restrictions meant new dolls were no longer an option and parents brought in broken dolls for repair.

"My father was through the war years, that was the busiest time at the Doll Hospital. At the peak they had 70 staff and six workrooms," Chapman said.

Today the Doll Hospital has up to 12 staff, some of whom work remotely, and handles up to 200 dolls and toys a month.

"I would say about 80 percent of our work comes from 'big children'," Chapman said, a reference to the clientele being mostly middle-aged and older women wanting to pass on childhood toys to grandchildren and others restoring memories.

"When they were children they possibly only got one doll, not a new doll every time you go down the supermarket like it happens today. That's why it's so emotional," Chapman said.

While fixing plastic parts is a big part of the work carried out, hair transplants also are high on the list.

"I think there were lots of budding hairdressers that took to their dolls and thought it was going to grow back. Well it didn't grow back, did it?" Chapman laughed. 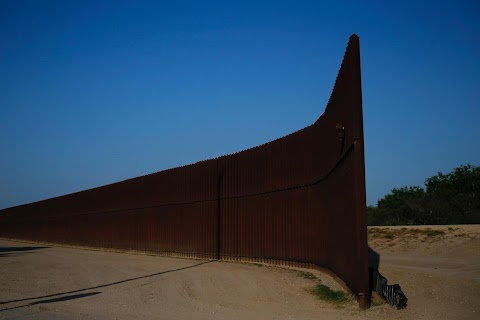 Life in the shadow of the fence 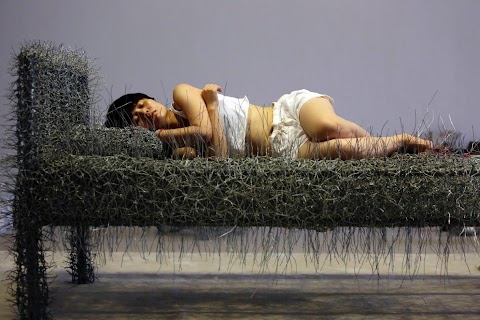 A bed of wire