Among the Bukusu tribe in western Kenya the traditional rites of passage, which mark a boy’s journey into manhood, include being circumcised.

The adolescents undergo the ritual in public and without flinching, to prove their courage to the community. Several thousand youths took part in the ceremony this year. Similar circumcision rituals and rites of passage are celebrated in many parts of Africa.

The circumcision, which lasted less than a minute, has to be faced bravely without any sign of pain

As eastern Africa had uncharacteristically fallen silent, I decided to travel over 500 kilometres to western Kenya as schools had just closed and so month-long circumcision rituals had taken centre stage.

The rituals, which are observed in public, represent the annual rites of passage into adulthood for boys aged sixteen and below. The Bukusu community, a sub-tribe of the Luhya tribe, has strongly stuck to such traditions.

I made several calls to local journalists based in those areas, presenting my interest in covering the ceremonies, and continued communicating with them once I had arrived, after an all-day journey.

I left early the next morning complete with a set of instructions from a local friend, and a driver, who doubled up as my guide. I used the drive from Bungoma, a town west of Nairobi, as an opportunity to gain as much information from him as possible.

We arrived at the first house, where my guide introduced me to the head of the family and told him of my intentions to photograph the ceremony.

As is the normal African tradition, niceties were exchanged, all family members were introduced, and my role was explained to each person. All of them appreciated my being there, and felt extremely honoured that their son would be seen as a brave man for undergoing the pain of the ritual.

The circumcision, which lasted less than a minute, has to be faced bravely without any sign of pain. This demonstration of courage is celebrated with joy and happiness by the relatives and friends who make up the crowd.

I was guided to a grass-thatched house where happy family members surrounded 15-year-old Caleb Masinde Wafula, who, covered in a blue bed sheet, had been circumcised in an earlier ceremony.

I spent almost an hour and a half taking pictures in and around the house before I asked their permission to leave for another shoot. As a token of appreciation when you visit the circumcised boys, it is customary to give a gift for their bravery.

The following day was very stressful as the driver failed to show up as agreed. But, having often worked under such conditions, I left the hotel on foot and soon flagged a passing motorbike down. I asked if he could take me to any nearby river, with the wild hope of bumping into a group.

A short while later, the bike suddenly ran out of fuel. Time was not on my side and dawn had already passed. But, luckily, another nearby motorcyclist, who was washing his machine, helped me out.

This time we went the whole way to the river, but had just missed a group who were singing as they started their procession.

I was frustrated and my trousers were soaked to the knees as I had waded into the river with no time to even remove my shoes.

I was almost ready to give up when, out of the blue, I heard singing again and two boys were coming towards me. It was at this moment where I met Kevin Wafula and Justas Baraza, both 16-years-old. They were comfortable with my presence, but I spoke to the head of the group who, in turn, granted me full permission to photograph them.

Most Kenyan tribes continue to perform these rituals when their children come of age. However, a resident attending one ceremony told me that the time has come to do away with such traditions.

“People here are drunk,” he said. “It’s more of a traditional party than the actual rites ceremony.” 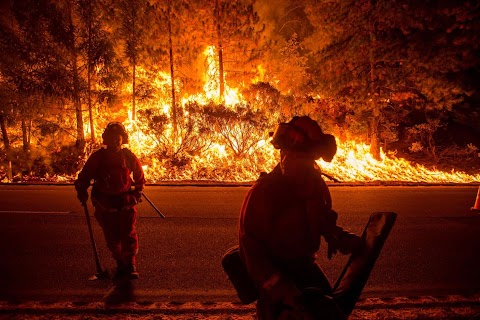 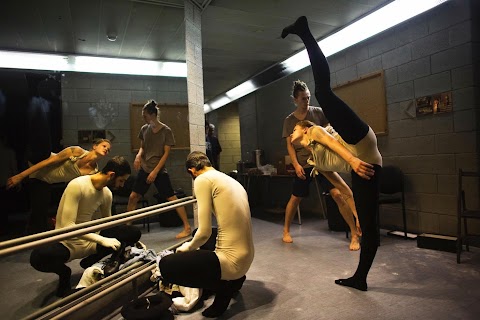