Abandoned and left to decay into oblivion, most venues of the 1984 Winter Olympic in Bosnia's capital Sarajevo have been reduced to rubble amid the conflicts that tore apart Yugoslavia in the 1990s. The bobsleigh and luge track at Mount Trebevic, the Mount Igman ski-jumping course and related infrastructure are crumbling more and more with each passing year.

But adrenaline, fear and exhilaration are back on the bobsleigh track as downhill bikers Kemal Mulic, Tarik Hadzic and Kamer Kolar train on the graffiti-covered concrete.

The bobsleigh and luge track, also used for sports competitions after the Olympics, became a Bosnian-Serb artillery stronghold during the war and is nowadays a target of frequent vandalism.

“We first saw the track when it was in very bad condition, and we had a huge desire to ride it some day,” said Kemal Mulic, 16. “Our wish came true, we ride it almost every day now.”

"We love the extreme adrenaline rush it gives us and we love to have fun."

“It was a new, unknown thing to all of us and I couldn't help but be scared. But that fear turned into excitement as soon as I got used to the track. I’ve enjoyed it ever since.

Injuries are part of our rides. There has never been a ride when someone didn't get hurt, seriously or not. I have mostly got a few scratches and broken a bone or two but I was never in a serious danger.”

“We came across it one day and thought it would be perfect, and we weren't wrong,” said Kamer Kolar, (right), 16. “It really is.”

“Personally I do it because of the adrenaline rush, this unique feeling that I get every single time. The feeling I don't get anywhere except on this track and on my bike.

"If I don't feel fear, I have an accident. Every time I was too confident in myself, I fell."

So fear is a good thing, in my opinion, as long as it doesn't get in my way.

As far as serious injuries go, I broke my clavicle and elbow. But scratches and bleeding are part of every ride and we’re all used to it.”

“We have some downhill tracks on Trebevic that we've built by ourselves, and when we ride these tracks, we usually go on the bobsleigh track as well,” said Tarik Hadzic, (left), 18. “For us it's entertaining and relaxing to ride there after our complicated tracks with jumps and a lot of obstacles.

Was I scared during bobsleigh ride? Yeah, I was scared, but not as much as I thought I would be because the adrenaline rush I felt washed away most of my fear.

"Injures always happen. Every time we ride, someone gets injured. But we don't let that slow us down."

We ride one day, take a break for a day or two, and go back on our bikes and tracks. So far, I have only had a few muscle injuries, I’ve never broken any of my bones.

I first started mountain biking six or seven years ago, and something in me just kept pulling me to see all the abandoned Olympic objects. We somehow got the idea to go to the bobsleigh and try to ride on it even though it was in very bad condition.

That first time, I rode very slowly because it was an unknown track and it was risky. But then, year after year as I gained experience riding the bike, I loosened up so I started riding without braking and started taking advantage of every curve.” 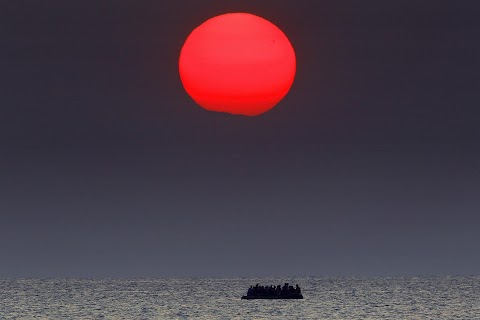 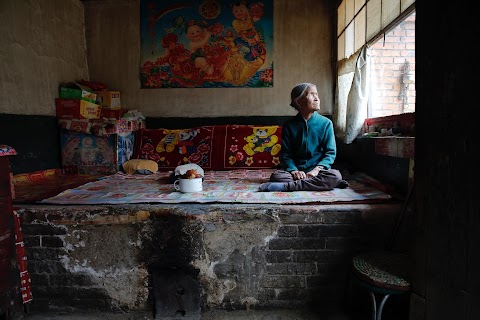