Forget cherry blossoms and delicate slices of raw fish. The Japan on which Kris Hernandez has pinned her dreams is the thud of body slams, sweat, and garish costumes - the world of professional women's wrestling.

So Hernandez, who lived in San Francisco before coming to Japan, became the first foreigner to train from scratch and work her way up into Japanese women's pro wrestling.

She quit her teaching job and shared a house with women wrestlers, living off savings as she began a tough daily training regime including gymnastic moves.

"I was pretty poor then, but I wanted to become a wrestler so badly."

"I would walk four hours across Tokyo to get to practice, do three-hour training and then get the train back," she said.

"If I saved the train fare one way, it would be all right." 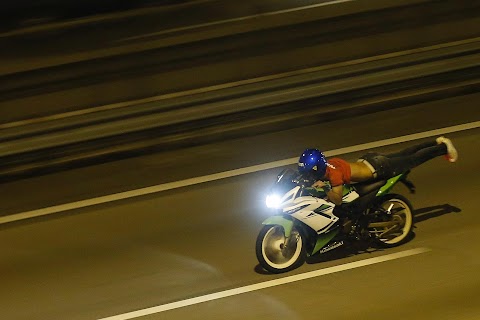