It might be battered, faded and stained with rust, but a cable car like this one is still the quickest and most convenient form of transport in the Georgian town of Chiatura.

Dating back to the Soviet era, these cabins were built to facilitate the manganese mining industry, the bedrock of the town's economy. Today, six decades after the cable car system opened, much of it is still running.

"For locals, the cable cars long ago became a symbol of the city."

Before stepping inside, I looked once more at the rust spots on the metal cabin with its cracked glass. The vehicle, repainted and patched up many times over, swung on its massive cable, ready for its next flight.

This was the first passenger cable car in the Soviet Union. Built in the 1950s to facilitate the manganese mining industry, the cars still run today without any great disruptions, and they haven’t required major repair work over the last 60 years.

During Soviet times, 21 passenger cable car routes were built. Fifteen of those, covering over 6,000 meters, are still working today. What’s more, due to the mountainous landscape of Chiatura, cable cars are the quickest and most convenient way of getting around and, despite their advanced years, they are also still one of the safest.

For locals, the cable cars long ago became a symbol of the city. Many will proudly tell you about their unique transport system.

Every line has its own peculiarities – the oldest is 60 years old, the steepest climbs at 48 degrees, another is the longest at 950 meters, still another rises highest to 190 meters, and so on. One man I met proudly said that a similar system had been built in Latvia, but the cabins have long since been in a museum, while Chiaturia’s cable car still runs.

Nevertheless, there are also many Chiaturians would prefer to see their cabins in a museum; they’d like the chance to ride in a comfortable, modern cable car. 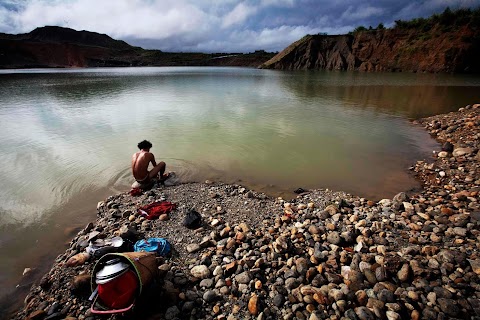 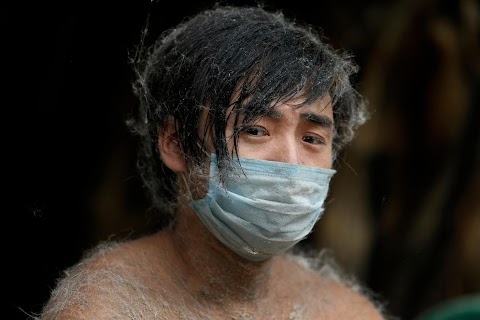