A man washes himself after the dirty and dangerous business of searching for jade amongst rubble dumped by mining companies in northern Myanmar.

Lumps of the precious stone can represent a fortune for "handpickers" like him. But the sums fetched by their rare big finds pale next to the staggering wealth extracted by Myanmar's military, the tycoons it helped enrich, and firms linked to the country where most jade ends up: China. Countdown to the Sochi Olympics 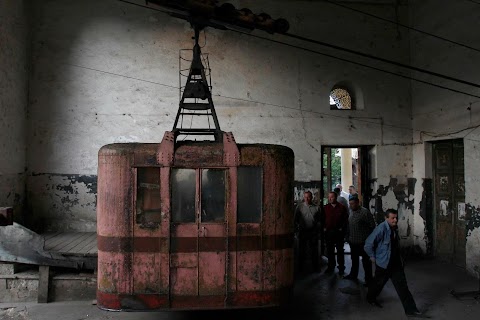