Most North Koreans who break out do so by crossing the river border. Reuters team photographed and interviewed some of those who made it to Seoul.

Jeong Min-woo, 29, is from Hyesan, on the border with China. He was a commissioned officer in the Korean People’s Army, and left the country in his uniform. South Korean intelligence confiscated it, but he persuaded his North Korean military contacts to send him a new one.

The parents of Kang, 28, sent out a coat across the Chinese border after she reached the South in 2010.

“I didn’t ask my mother to send me this coat,” said Kang, who wanted to be identified only by her surname.

“But she knew I feel the cold easily and sent it to me. She sent some honey too, but it went missing on the way.

I liked this coat when I got it. I thought my mother must’ve spent quite a lot of money on it. My father was a party officer. Our family had a car and we lived in a special apartment.

Ordinary people couldn’t afford to wear this kind of coat, not even soldiers. Commissioned officers could afford them. Border guards would wear them. It wasn’t easy to buy this kind of coat, but as time went on, fake ones began to appear.

The state often clamped down on this item. It’s technically military supplies so the state monitored people who altered the design of the coat. I know just from looking at this coat that it’s a counterfeit one, not the official version.

The counterfeit ones look quite different from the original ones. Military officials preferred the fakes to the original because the design looked much better. The children of rich families would wear them.

I look too chubby in this, so don’t wear it here. I thought I could probably wear it if I altered it.”

Lee Oui-ryuk, 30, is from Onsong, near the border with China. He defected in 2010, and brought his ID card with him.

“I brought my ID with me when I left North Korea.

It says here my blood type is “A”, but I’m actually an “O.” For the 23 years I lived in North Korea, I thought my blood type was “A.” They wrote down my blood type without even doing a test. They just wrote whatever they wanted to.

I was caught trying to defect to South Korea around Kim Jong Il’s birthday. They strengthen border security just before and after that date.

“The bottom of the lamp is dark,” as the saying goes, and I thought I’d be able to cross right under their noses.

The soldiers shot at me as I tried to run away from the Tumen River. I managed to get away and hid, but someone reported me and I was caught. That’s when I was taken to the bowibu for three months of interrogation. The state ruled that I had tried to defect to South Korea, and I was sent to a camp for political prisoners.

I escaped when they were transferring me to the camp. I hid and managed to make it to my big sister’s house - that’s when I grabbed these photos. I couldn’t go home easily, so decided I had to hide in the mountains or somewhere remote.

I needed my ID to move around without getting caught. and I took these 12 photos with me in case I wanted to look back and reminisce.

I wrote on the back of them so as not to forget.”

Song Byeok was a propaganda artist. His father drowned on their first attempt to cross the Tumen river, in 2000. When the artist finally left North Korea in 2001, he brought photos of his family with him.

“We left that August to find food,” Byeok recalled, describing the first attempt. “We were from a town further inland, and we weren’t sure where the river was high and where it was low. I didn’t know at the time but the river was swollen because of the rainy season. I thought we had to cross it anyway.

All I could think about was getting to China to buy food.

I took off my clothes and tied them into a rope to strap us together. I told my father not to let go. As we approached the middle of the river, the strap felt lighter. I looked back and saw my father drifting away.

I was devastated. He was going under the water and couldn’t get out. I rushed up to the (North Korean) border guards and asked them to save him but they just said why did I come out, why didn’t I die too. They handcuffed me and took me away. It was Aug. 28.

I was tortured by the “bowibu” (North Korean secret police) in Hoeryong, then jailed for four months in Chongjin prison camp.

But after I was released from the camp I felt like I needed to survive and carry on living. Right before I tried to defect again, I went back home and grabbed my family photos. Even if I died trying, I thought, at least I would have this picture with me.

I never found my father. After I came to South Korea, I went back to China in 2004 and held a memorial service for him by the river. My heart still aches.”

Lee Min-bok, 60, was a researcher at North Korea’s Academy of Agricultural Science. He first tried to defect, unsuccessfully, in 1990. He eventually left North Korea in June 1991 and came to South Korea in 1995. His family sent him these diaries.

Even though Kim Il Sung is a villain here, in North Korea he’s above everything. We learned that he studied well and gave our lives purpose. I lived according to those teachings. I wrote these out of loyalty to the Leader. That was our ideology, and I lived my life in strict adherence to it.

No one could think differently.

I got hold of these diaries 10 years after I arrived in South Korea. I had been sending money to my family in the North and they sent them to me. I didn’t write any complaints in diaries. I would’ve been in big trouble if I did.

My diaries are a record of my history in North Korea. I am thinking about turning these diaries into a book. I’d like to publish a book about how to change North Koreans’ thinking when unification happens. These diaries show how North Koreans think and how their minds are constructed. People need to make these into a textbook, because they need proof.

Talking is not as effective.”

Ji Sung-ho, 36, is from Hoeryong, near the border with China. He left North Korea in 2006 with a pair of wooden crutches.

“I lived as a child beggar in North Korea. I was stealing coal from a train when I fell off and lost my leg and my hand.

I had to bring the crutches with me. If I didn’t have them, I wouldn’t have made it here. The state doesn’t help you in North Korea, and people who need crutches make their own. Mine are therefore not factory-made, so they’re not perfect and break easily.

I had several pairs of crutches but they all broke, and this was the last pair. I used these crutches for 10 years, until I was 25, when I arrived in South Korea.

I would steal coals from moving trains and fall off, destroying my crutches. Or I would get beaten up by the police and they’d take and then break my crutches. When they broke, I would make new ones. When I had new ones, I could go back outside.

When I first arrived in South Korea I thought about throwing them out.

South Korea’s intelligence agency gave me a prosthetic leg. My friends said I should throw the crutches out and not think about North Korea. They said I should show Kim Jong Il I was living a new life in South Korea and throw out everything I had from the North. Some asked if I got upset when I saw my crutches.

But I couldn’t just throw them out. To make my crutches, my friends had given me some wood that they had bought, and someone I knew in North Korea who had carpentry skills had made them. It was my father who added the final touches.

There is a lot of love from my North Korean friends and family in these crutches. So I didn’t throw them out. The South Korean government gave me some new crutches because the wood from my North Korean ones is hard and painful. But I still keep them, so as not to forget those memories.”

“In 2004, I started to write down all my thoughts in a diary. I didn’t know if I’d get caught. I just wanted to let it be known where I was from, and where I wanted to go.

After I left the North, I became very depressed, hiding in the mountains alone for a while. The people who were watching over me told me not to come down to the village and left me by myself in a mountain shelter. Alone, with no one to engage with or talk to, I felt like I would go insane.

So I wanted to leave something behind in case I died there or got caught - that’s why I started to write. Alone in the mountains, I desperately sought something to talk to. That was my diary.

My diaries are proof of my life’s journey. I read them when I want to remember home. I can’t return home, and I already have no memories of my hometown. But when I go through my diaries, there are notes which detail the vivid memories of that time. Sometimes I might forget my father’s birthday, but when I go back to my diary, his birthday and my mother’s birthday are there.

My diaries are a record of my life. They prove I’m alive.” 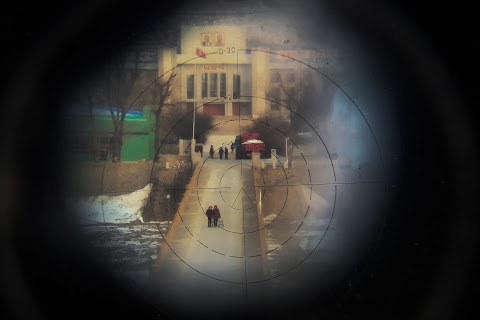 A road trip on the edge of North Korea 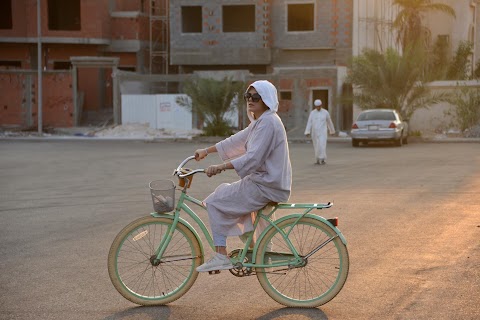