With an anxious expression on her face, a five-year-old girl in Japan’s Fukushima prefecture lies back to have her thyroid examined.

From going through medical checks like this, to having limits on the time they can spend outdoors, many children in the region continue to be affected by the earthquake and tsunami that crippled the Fukushima Daiichi nuclear power plant three years ago.

"One mother told her child to: 'try to avoid touching the outside air.'"

It will soon be the third anniversary of the March 11, 2011 earthquake and tsunami that wrecked the Fukushima Daiichi nuclear power plant.

I myself live in Tokyo, more than a three-hour drive away. Right after the disaster, I too bought bottled water both to drink and to use around the house. Now, however, I drink from the tap without thinking about it.

As the anniversary of the nuclear accident approached, I found myself wondering what life has been like for the people of Fukushima, especially the children, whose lives are still directly affected by it.

So I visited Koriyama city in Fukushima prefecture, about 55 kilometers (34 miles) west of the Fukushima Daiichi nuclear power plant.

Until last year, Koriyama recommended that children aged 0-2 should not spend more than 15 minutes a day outside and those aged 3-5 should not be outdoors for more than 30 minutes. Even now, some nurseries voluntarily continue to use these limits after the official recommendations were relaxed.

An indoor sand pit was built in 2012 for the children at the city’s Emporium kindergarten. To ease the fears of worried parents, children have to change their clothes after being outside in order to play in it.

I visited another indoor playground, PEP Kids Koriyama, during the working week in the daytime. It was overcrowded with pre-kindergarten children.

Some mothers told me that their children born after the nuclear crisis have almost never played outdoors. One mother told her child to: “try to avoid touching the outside air.”

A survey by Fukushima’s education board found that children in the prefecture weighed more than the national average in almost every age category. The cause seems to be a lack of exercise and outdoor activity.

The World Health Organisation (WHO) reported in February 2013 that there is a higher possibility of some children in the region developing thyroid cancer as a result of radiation.

The United Nations said later last year that radiation from the Fukushima accident did not seem to have caused any immediate damage to people’s health, but this has not necessarily soothed anxious parents.

Hoping for a bit of certainty, I saw one 5-year-old girl file into a clinic at a temporary housing complex run by Namie town in Nihonmatsu to have her thyroid gland inspected. She was uneasy, and had her brother there to support her.

Mitsuhiro Hiraguri, director of the Emporium kindergarten told me: "one can see the drop in physical strength in these children and it’s apparent it’s due to their limited indoor activities. I see it clearly when I hold an athletic competition.”

The children’s problems were not only physical, but also mental.

Hiraguri said he saw: “fighting, scuffles and even some children who suddenly broke out with a nosebleed."

As I covered this story, I met Ayumi Kaneta, the 34-year-old mother of three boys, who spent one year living in a shelter after the nuclear disaster. Her husband remained in Fukushima for his work.

"I didn’t know what was going on,” she recalled. “I was just afraid of anything.”

Spending time in areas such as Kyoto and Niigata, she didn’t know what to do with her children. However, she returned to Fukushima, and it will soon be three years since the disaster.

“I try to keep from going out, and opening the window. I buy food from areas away from Fukushima on the net and that’s become the norm," she said with a downcast look.

"I cannot see the future. I try not to watch negative news, and try not to think about it."

"But I think about the good things, they also exist. Living for a year in a shelter and having children separated from their father made us stronger than before and strengthened our family’s bonds,” she told me.

“I had never thought of it that way before. But I’ve discovered that I love it here in Koriyama, Fukushima." she said and looked up. 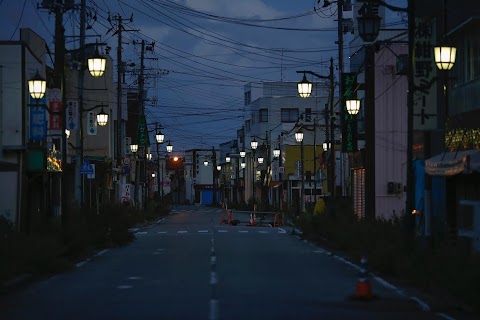 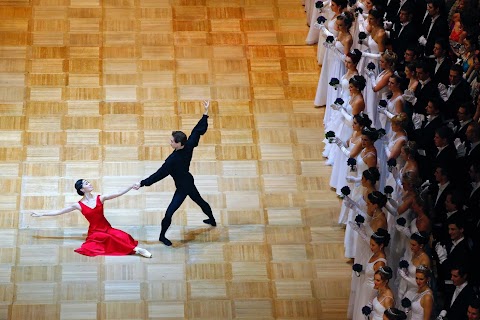 A night at the ball