Perched on a cliff above Greenland’s Helheim glacier, I tried calling my wife in New York on a satellite phone. Before I could leave a message, an explosion broke the arctic silence.

I ran across a muddy tundra to a video camera on a tripod overlooking the glacier and ripped off the trash bag I had used to protect it. I hit record as fast as I could focus.

A speeded up video shows a calving event at Helheim Glacier.

The popping sounds morphed into a low rumble. Over the next half hour, the ice broke apart and a four-mile wide chunk tumbled into the sea in a process called calving - one rarely witnessed on this scale.

As a Reuters photographer, I have captured erupting volcanoes, the aftermath of hurricanes and tornadoes, and war, but I have never felt so small. It was a poignant end to a months-long project examining climate change in Greenland.

The idea was to follow scientists conducting climate research. They have had the computational power to understand global warming for only a few decades, and the numbers are sobering. But where does the data come from?

I realized the scale of this work while aboard a NASA research aircraft with principal investigator Joshua Willis and other scientists, at 40,000 feet (12,192 metres), as we looked out at the seemingly infinite white horizon of the Greenland ice cap.

The plane banked and looped above the craggy cliffs and rock faces of Eastern Greenland that are slowly being ground to dust by immense glaciers.

For both journalists and scientists, climate change is difficult to document. It most often happens imperceptibly - a tenth of a degree increase in temperature, a few less inches of rain, a slowly melting ice sheet.

That's why it was so overwhelming to watch billions of tons of ice collapse at all once. Suddenly it didn’t feel like a small or distant problem. 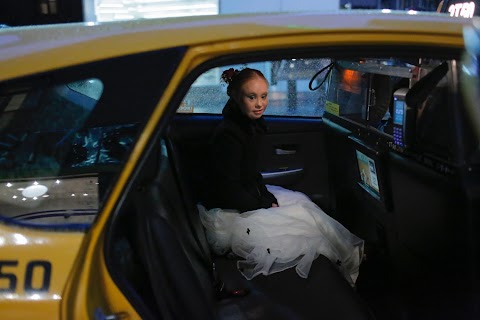