African refugees and migrants have arrived in Malta in their thousands over the past decade. Reuters photographer Darrin Zammit Lupi has been covering the story closely all that time.

Migration is among the defining trends of the early 21st century, says the International Organisation for Migration (IOM), with more people on the move today than at any other time in history.

When I started covering this story, most people arrived on boats carrying about 30 people. The trend has changed in recent years to larger vessels and dinghies, carrying anything between 100 and 400 migrants: men, women - many of them pregnant - and children.

I’m amazed at the contrasts between people on different boats. Some arrive in a relatively good state of health, the men clean-shaven, indicating that they’ve possibly only been at sea for a couple of days at most.

Others can barely stand on their own two feet, and have to be lifted ashore, often to waiting ambulances. When a boat has been at sea for several days, the debris left behind once the immigrants have disembarked is a nauseating sight: old water bottles, food packaging, empty fuel tanks, torn clothing, shoes, excrement, vomit.

Most of those who arrive in Malta in their search for safety or a better life depart from Libya. Although Malta, with a population of 423,000 inhabitants and an area of 316 square kilometres, has not received the same numbers reaching the Italian islands of Lampedusa and Sicily, arrivals in Malta are greater as a percentage of the population than any other country in Europe.

Hamad recounts his experience of surviving after his boat capsized.

In the past decade, thousands of men, women and children have lost their lives as their rickety vessels succumbed to the sea.

In 2014 alone, more than 3,000 people perished in the Mediterranean, victims of a cynical smuggling and trafficking industry that continues to exploit desperate people on the move. The central Mediterranean has become a graveyard.

Immigrants who land in Malta irregularly automatically face up to 18 months in detention, locked behind bars without standing trial, fighting numbing boredom. The seclusion and long months in detention have psychological repercussions.

Boredom remains a major problem in a place where people are left waiting for something, anything, to happen; a place where until relatively recently, there has been little effort to help them integrate or acquire skills.

This is compounded by the fact that many of them show little interest in integrating in Malta. Most only ended up here unintentionally: either they needed rescuing or they mistook Malta for Italy.

Most want to leave sooner rather than later. They firmly believe they are just in transition, which makes learning their host country’s language and culture doubly hard.

It was clear that none of the refugees who have landed in Malta want to stay a minute longer than necessary. They feel trapped here; they can’t go back to where they came from and have little prospect of an attractive future by staying on the island.

Any opportunity to escape from limbo is jumped at headfirst. Port of dreams and despair 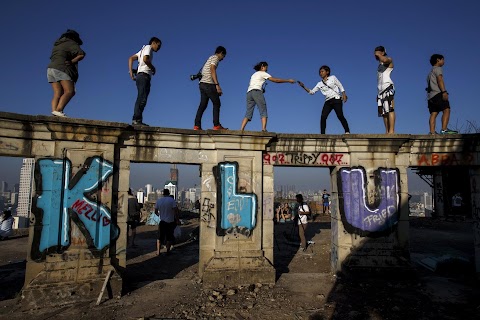