His people's link to the land goes back to biblical times, says the comics illustrator. His neighbour, a farmer, says the land belonged to his ancestors and has been stolen. One is an Israeli settler, the other a Palestinian living across the road.

Israel's settlements in the occupied West Bank are one of the most heated issues in the Israeli-Palestinian conflict. The Palestinians want the area, captured by Israel in a 1967 war, for a future state.

Before: An aerial view shows the Israeli settlement of Beitar Illit in the occupied West Bank as seen in 1997.
After: The same view as seen in 2018.

Israel has built more than 120 settlements there, and Israeli Prime Minister Benjamin Netanyahu, in the run-up to a Sept. 17 election, has renewed his pledge to annex them, alarming the Palestinians.

Most of the international community sees the settlements as illegal and major obstacles to Israeli-Palestinian peace, a view Israel disputes.

"It's impossible to have peace between us because the main conflict between us is on a piece of land which they took by force, so how can I let a person steal my land, live in it and enjoy it, and live with him in peace?" he said.

Before: An aerial view shows the Israeli settlement of Havat Gilad in the occupied West Bank as seen in 2002.
After: The same view as seen in 2018. 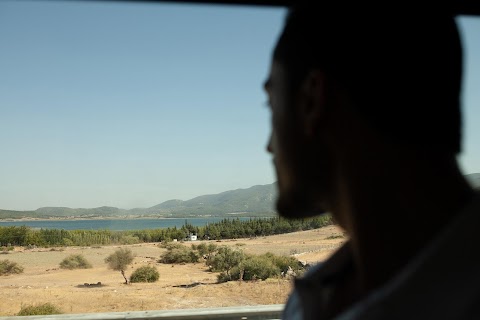 "A storm is coming": one migrant family's bid to reach Europe