In 2005 Hurricane Katrina triggered floods that inundated New Orleans and killed more than 1,500 people as storm waters overwhelmed levees and broke through floodwalls.

Reuters photographer Carlos Barria used the prints of photos he took in 2005 to find the same locations he documented at the time. Barria overlaid those prints with the same locations to contrast the inundated New Orleans then with the city 10 years after the disaster.

The idea was to get exactly the same frame as then, lining up the print to compare the inundated city then with the New Orleans of today.

My original idea when returning to New Orleans, where I documented events 10 years ago, was to look for the people I photographed back then.

I found a couple of them quite easily. Others I located online but they didn’t reply, perhaps as they didn’t want to talk about a difficult period in their lives.

Once back in the city, the days passed and in spite of hours of driving and searching, my initial plan was looking more and more complicated.

In my luggage I had brought the prints of some of the photos I took 10 years ago to help with my research.

At one point I drove to Lafitte, south of the city, and was surprised to find a house I photographed 10 years ago still standing, even though it was quite a flimsy structure even then.

I started to play with the photos and the lines in them, comparing them with the exact same location where I found myself.

I got to thinking: maybe this was an interesting plan B. So I searched through the archive and printed off some more photos I had taken a decade ago. I needed locations that might be easy to recognise, for instance highways and buildings.

Hours and hours more of driving followed as I tried to track them down. One house had changed colour, but the shape and street number that I spotted in the original photo helped me.

The idea was to get exactly the same frame as then, lining up the print to compare the inundated city then with the New Orleans of today. However in one case I had been standing on a mound of rubbish more than a meter high from the storm, so the perspective was completely different.

To complicate matters more, I was using a different camera and lenses then compared with the equipment I have today.

It was very interesting going back to these places as I started to get a sense of what had happened to the people I met back then. Some had moved away, crossing state lines to start a new life elsewhere. Others were still there, in some cases partly because they lacked the opportunity to move away and start over. 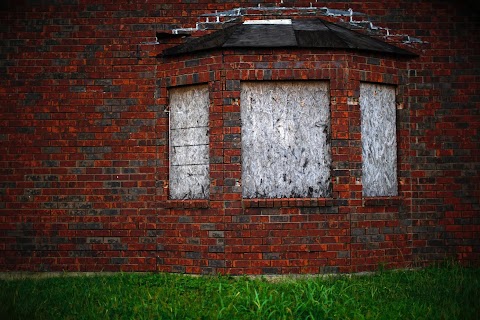 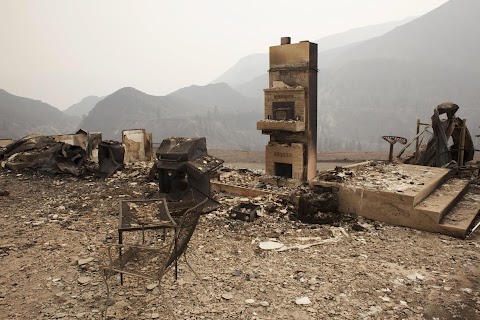