The Florida Keys are famous for their diving, but they are less well known for another quirky attraction: the mailboxes residents use to decorate their driveways.

From this fiberglass manatee in a sarong, to a mailbox made to look like a house on stilts atop a family of dolphins, Reuters photographer Wolfgang Rattay documented this quirky aspect of local culture as he drove along the Ocean Highway that connects the islands.

"If you don’t like the weather in southern Florida either wait 20 minutes or drive 20 miles."

I was pretty much tired of looking at thousands of soccer pictures every day at our Miami office where we edited the Brazil 2014 World Cup.

I had to be cured from a fan picture allergy I contracted during four weeks of looking at pictures of all kinds of fans from all over the world, most of them with their mouth wide open, showing their teeth to me like I was a dentist.

So I thought the best way to spend my two full days off from looking at thousands of World Cup pictures before the last two games, was to drive down to Key West on the famous and scenic Atlantic Ocean drive, the 127.5 mile-long Overseas Highway (U.S.1).

This spectacular road, completed in 1938 atop the ruins of a railroad that was destroyed by the Labor Day hurricane in 1935, connects more than 30 populated islands in the Keys. I always wanted to try out a Harley Davidson and the temperatures in southern Florida are perfect for Easy Riders.

A Heritage Softail Classic with leather saddle bags on each side for my equipment was easy and reasonably cheap to rent. But I should have read my travel book more carefully. It basically says that "the exposed coast poses dangers to those on land as well as at sea. Tropical storms, hurricanes and tornados are always possibilities”.

What it did not say was that the first 20 miles of US1 between the outskirts of Florida City, south of Miami, and Key Largo, would give no shelter whatsoever. Black clouds gathered over the street and a second later a hefty lightning and thunderstorm hit the road. I was wet within seconds and the visibility in heavy rain was zero. I decided to keep driving at 10 miles per hour, the maximum speed that my sight allowed. This seemed to be the better option than to stop and get hit by one of the lightning bolts that perpetually seemed to hit the road.

As fast as the shower appeared it was gone. I was completely soaked. The good (and bad) thing about traveling in Florida by bike is the weather. Apart from my brand-new leather gloves and shoes (that were finally dry a week later when I was already back in Germany) is the fact that one dries very quickly. Driving a bike at 95 degrees Fahrenheit in the sun is like being blow-dried by a huge hairdryer. At normal cruising speed of 50 miles an hour it takes about just 20 minutes.

In Key Largo I stopped at a Cuban restaurant to take in a Latin Café, the very tasty Cuban alternative to an Italian Espresso (it is made like a regular Espresso, but a lot of sugar is already stirred into it while brewing – a real recommendation).

Key Largo is not the nicest place to stay, and after an Espresso at the Latin Café, I kept driving. My weird journey wasn’t over yet. The next remarkable thing I saw along the road was a regular US mailbox built into a little wooden thatched house in South Seas style. Just a few yards down the road another mailbox drew my attention since it looked like Miss Piggy of Sesame Street to me. And the weird mailboxes did not stop. Another hut, a wooden truck and a fish mailbox followed. To me it seemed homeowners along US 1 must have a competition going on who can come up with the weirdest mailbox creation.

I decided to drive back to take a series of pictures of the strangest looking mailboxes. Believe me: there were more to come. A concrete Flipper mailbox for instance, a huge fish mouth, and several unique American versions either with flags, or the one that defies any description: a creation that looks like a pig with red lipstick and a U.S. hat.

Only a couple of miles later I passed another Flipper mailbox when a man came out of his house and put in a letter to be picked up by the postman. I stopped and asked him whether he wanted to pose for a picture for me. “Yes, of course”. I told him that I was doing a series of weird mailbox pictures along the Overseas Highway down to Key West.

He had no explanation as to why people were so creative with their mailboxes. “That’s how it is down here,” he replied to my question.

What can I tell you? In my view the best mailboxes are to be found between Mile 97 and 57. Further down to Key West the highway is spectacular. Atlantic Ocean to your left – Gulf of Mexico to your right. It was fun to let the very special Harley sound roar in the streets and have a lot of people look at you with a mixture of abhorrence and admiration. So I decided to go back and stay overnight in one of the places I had seen along the road.

Dark clouds and falling raindrops made me stop again. I found cover in a seedy bar where people were smoking cigarettes and joints. And I learned an important lesson: “if you don’t like the weather in southern Florida. Either wait 20 minutes or drive 20 miles”.

Too bad that the first 20 miles were the point of no return, no cover and there was no waiting 20 minutes. But that is another story.

The next day I visited the mailboxes along the other side of the road with the uneven numbers. The best mailbox creations were again between Marathon (mile marker 57) in the Middle and Key Largo in the Upper Keys. The highlights were a cat, a bus, a turtle and a peaceful little white wooden church that belonged to a small house of worship.

I did not get wet again on the last part of my trip. 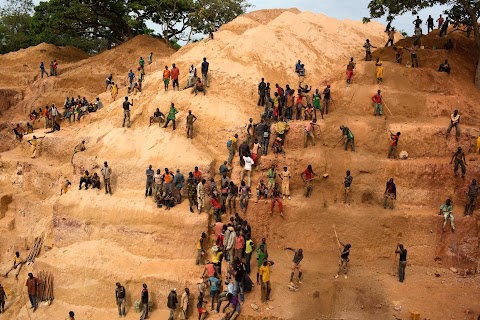