Life is hard for coal miners in the Pakistani town of Choa Saidan Shah. Deep below ground they begin their day’s work at 7 a.m., hacking away at the coal with pick axes, breaking it up and loading it onto donkeys to be transported to the surface.

Labour in the mine is gruelling and comes with great risks, but many of the workers here hope that it will help them build a better future for their families.

"Most of the miners looked the same – sinewy bodies coated with sweat and coal dust."

The air became heavier as the rocky walls of the tunnel closed in around us and the last ray of sunlight disappeared around a corner. Ahead was darkness, behind was darkness. The miners’ headlamps and their shining eyes were the only points of light.

We scrambled and crawled along as the tunnel shrank and the wooden beams holding up the ceiling became lower and lower. Finally we came to the coalface. A few bulbs dangled on thin, bare wires. The feeble light glistened off the men’s sweating bodies as they swung their pickaxes into the rock.

Down here, work starts at 7:00 a.m. and lasts for five to six hours, which is about as long as the body can take. Labourers hack away at the coal, break it up and load it onto donkeys to be transported to the surface.

Working in these conditions, a team of four can dig around a ton of coal per day. They sell it on at $10 per ton, which is split between the four of them. They have to cover all their expenses themselves.

The work is exhausting and the miners often lose their breath, taking a break every 10 minutes to recover. In the thin air, the men drink water and dip tobacco. The dim bulbs keep going on and off as the power falters, and the miners’ small head torches become arcs of light against the rock as they move.

Most of the miners looked the same – sinewy bodies coated with sweat and coal dust. A moustache here, a beard there, the flash of white teeth in a smile. Their bodies are jammed into the small space and there’s little room to turn around.

But even here, one boy stands out. Samiullah says he is 14 years old and his hands are too small to use the pickaxe properly. His uncle coaches him as he stops continually to catch his breath.

“Uncle, can I step out for some air?” he keeps asking, but it’s a 20-minute walk to the entrance. Another boy, who says he is 15-years-old, has the enviable job of leading the donkeys there and back. As he goes he sings in a language I don’t understand.

This coal mine is in the heart of Punjab, Pakistan’s most populous, rich and educated province and the heartland of Prime Minister Nawaz Sharif. But the labor here mostly comes from the bordering province, Khyber Pakhtunkhwa.

The private contractors who employ the miners joke that they are a special breed, hardy Pashtuns from the mountains who are tougher than the soft southern farmers. In reality, they are just more desperate. Khyber Pakhtunkhwa has little farming and few other jobs.

Many of the supposedly strong miners down here complain of health problems. They have no masks, no boots, no helmets, no gloves and no rescue equipment in case of a collapse.

If part of the mine were to cave in, and an injured worker were miraculously dug out and dragged several kilometers to the surface, there is only a tiny first aid kit with bandages with which to treat him. For crushed limbs, broken bones and choking lungs, the nearest big hospital is a few hours’ drive away. Accidents are not uncommon; a few weeks ago, a nearby mine collapsed, killing one miner and injuring several others.

For those who work in the depths, sickness is also a threat. In Choa Saidan Shah a 26-year-old father of two with a pregnant wife recently came down with black lung disease from breathing coal dust. It took him three months to die.

Conditions are tough, but as Pakistan continues to struggle with power cuts, unemployment, militancy and corruption, nothing seems to change around the mine.

Many of the workers have not been home to visit their families for almost a year. Instead, they save up their pay – a few dollars a day – for an annual trip back. They cannot afford to keep their family with them, but they hoard their wages to pay for a dreamed-of wedding or a beloved child’s schooling back in some mountain village where things are cheap and the air is clean.

One man tells me he hopes to God his children will not follow him into the mine although he will work here himself.

In the end, the mines that devour these men’s strength also give them hope for their children’s future. So they go underground, and dig out that future one glistening lump at a time. 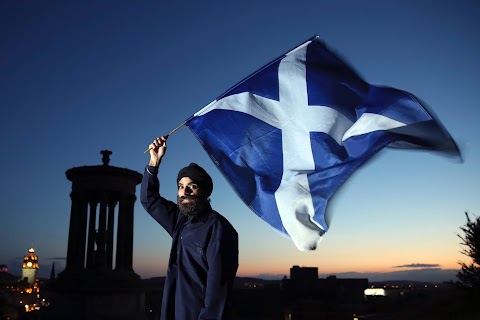